We have a very special guest post for you guys today! A good friend of mine from college surprised me a few years back by literally walking back into my life when I didn’t even know he lived in the state! I’m so glad he did!

Samuel Carl is a passionate guy. One of the things he’s most passionate about (beside his gorgeous wife, and my former roommate, Joy) is gardening. He owns a landscaping and gardening business in Florida. He desperately wants to encourage brown thumbs like me to grow our own food. And he’s got the knowledge to help make that dream a reality. Seriously, if you are having a problem, he can give garden consulting via email. He planned out our raised bed garden for us, knowing which plants ward off pests, which ones add good stuff to the soil, etc. etc. You can learn more about his company here.

Have you ever turned up your nose to the idea of  front-yard gardens, backyard chickens, and growing/raising your own food in general? Overly aggressive groups of “vegans” have appeared and actually do quite a bit to push people away from healthy, plant-heavy diets. But while many people buy into the propaganda without a second guess, others are more skeptical. For those of you who are still on the fence wondering, “Should I turn my lawn into a thriving, urban homestead?” here’s a little information that will (hopefully!) tip the scale for you. 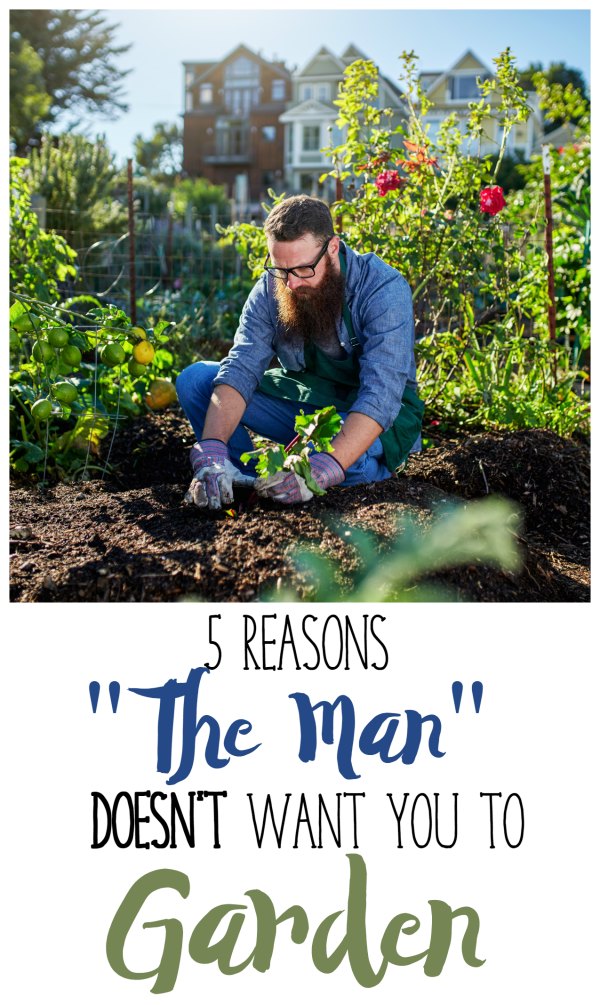 1. When You Garden, You Dismantle Big Agriculture

Big Ag is what people refer to when they talk about farmland states like Iowa, Nebraska, Idaho, Kansas, and the greater Midwestern United States. These states and the farmers therein are paid by huge companies like Monsanto, DuPont, and Bayer to grow massive amounts of food in the way they say is best. What they don’t tell you, though, is that their methods are outdated by close to 70 years, and their practices are actually making productive, chemical-free agriculture more and more challenging every single day.

That doesn’t sound like a bad thing, yeah? “So you’re telling me if I garden, I will be contributing less to landfills, oceanic pollution, and the oil-laden trail which drives it all? Why is this bad?” Because as it stands, every American throws away, on average, 1600 lbs of garbage annually, most of which comes right out of your grocery bag. In fact, if you bring home five bags of groceries, you might as well throw two of them right in the dumpster. If you simply stopped buying all that food because you’re growing your own instead, that’s less money being spent in general, less plastic (a byproduct of oil processing) being purchased and tossed, less fuel consumption required for the transportation of market produce, and again, less money going into the pockets of the powers that be who desperately want you to keep lining their pockets.

Maybe it’s strange to bring up bees when explaining why gardening is so important, but the truth is that bees are nature’s little farmers, responsible for providing upwards of 30% of the food available to us in the markets, but because of those conventional, outdated methods of Big Ag, bee populations are declining at staggering rates. Maintaining a chemical-free home garden provides bees and other pollinators a safe place to forage food and shelter while simultaneously providing you and your family with food and beauty throughout the year. Without bees, we would be forced to turn to those Big Ag companies for a fix which would be more costly than anyone but the elite could afford.

4. Do It for Your Health

This may come as a surprise to some of you, but studies have proven since time immemorial that eating healthy foods which are chemical-free and plant heavy can dramatically improve one’s personal health. Some have even gone as far as to say that maintaining a home garden is all the healthcare a person could need. Growing your own food and maintaining your own garden space – even just a small space – staves off depression, increases physical ability, and aids in healthy heart function. If we’re all healthy, though, pharmaceutical companies and the insurance companies who back them won’t be able to administer those $50,000 lab tests just to find out later that, “It turns out you just have the flu.” Healthy people means no patients, and no patients means no money being sunk into outlandish medical bills. Oh well! 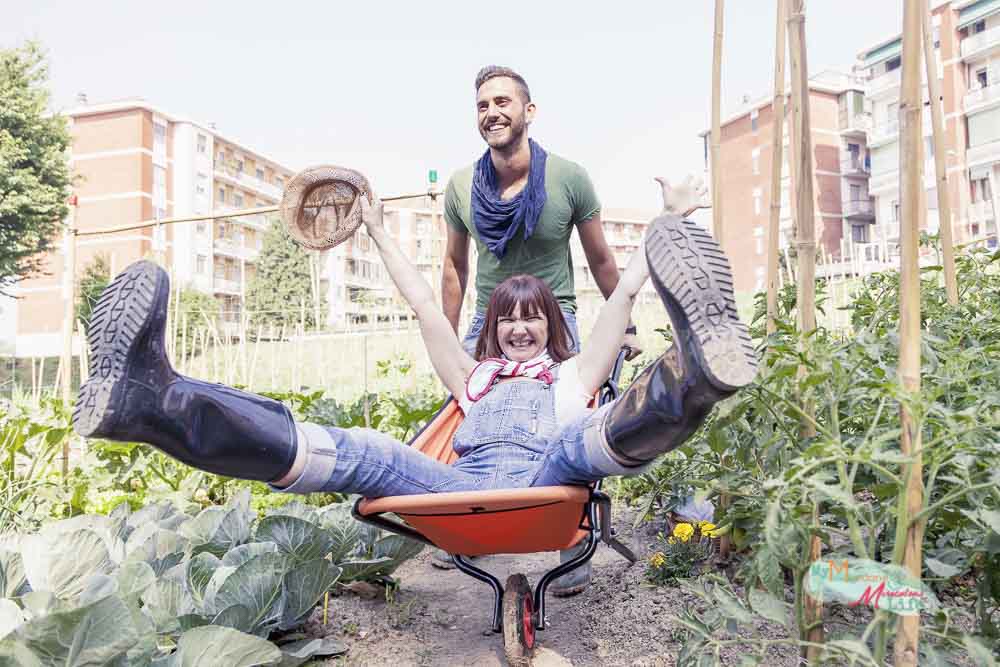 5. Do It for Your Children

“Climate change” is one of those hot topics of the past decade, but regardless of whether or not you buy into the concept as a whole, it doesn’t take much research to see that our current methods are unsustainable, and the only reason we persist, is because those giant corporations have the money and influence to keep the machines going. The land is being poisoned by chemical fertilizers, pesticides, and herbicides ‘they’ want you to believe are necessary to feed your family, the oceans have manifested an entire island made up of our floating trash, and the atmosphere of the planet itself is changing and adapting to eventually wipe out the parasites that are afflicting its health. If things don’t change, our children won’t have much of a future to look forward to, and if maintaining a garden at home can actually help to mitigate and repair those damages, what’s stopping you? Aren’t your children worth that kind of minimal effort?

I’m not one to try and tug on people’s heartstrings. I’m a blunt, matter-of-fact, Jack of all trades who tells it like it is and rarely apologizes if my frank behavior offends, so when I say, “Do it for your children,” you can know that I mean it. This world is our home, and if doing something as easy as maintaining a 4’x4′ garden at home can increase the quality of life for you and your kids, why wouldn’t you jump on the bandwagon? Just some home-grown food for thought!