This post is part of the series that has an activity for every chapter of the Jesus Storybook Bible. Don’t have a JSB? Win one here!

This chapter covers what happens to Jesus and his disciples between the Last Supper and the Crucifixion. I must admit, I was a little stumped for ideas. I wanted to treat the subject matter with the seriousness it deserves, but also at the level a preschooler could grasp. Sally Lloyd-Jones, the author of the Jesus Storybook Bible, emphasizes a couple things in this chapter. First, is that the worst part of Jesus sacrifice was not his physical death, but his separation from God the Father. The second emphasis was on how God’s plan was unfolding exactly the way it was supposed to, even though it seemed like everything was going terribly wrong.

I decided that the second point was something I could explain to my son through an Easter object lesson in nature. 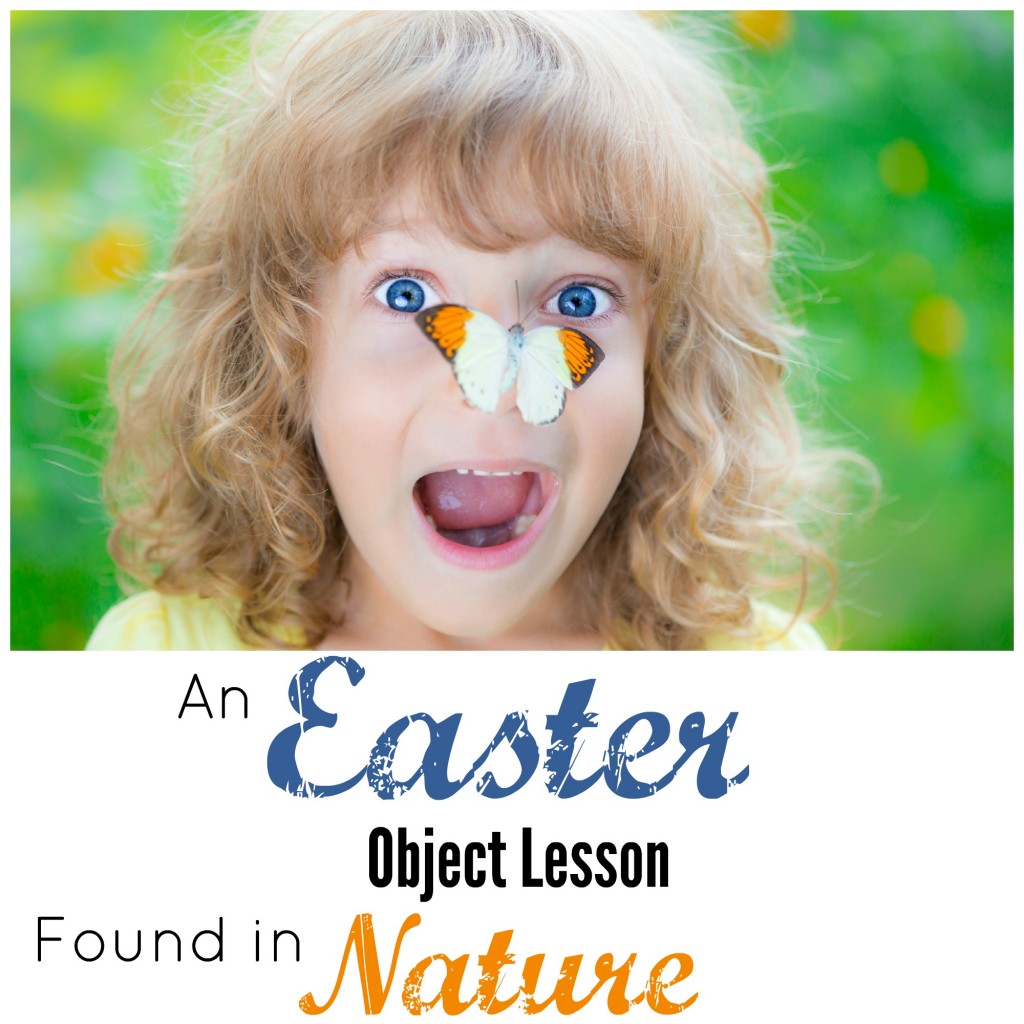 I’ve got to admit, I was ill prepared when this idea struck me. After talking about the story of Jesus arrest, we discussed how it looked like everything was falling apart. Then we watched a movie about caterpillars turning into butterflies. Thankfully, Loopy had forgotten that caterpillars turn into butterflies, so the transformation was extra dramatic. As we watched, we talked about how things did not look so good for the caterpillar. His skin busted open, he struggled and squirmed. And eventually it looked like he died. BUT this was the plan. THIS was how it was supposed to be.

The connection between the caterpillar/butterfly and Jesus’ death was obvious to Loopy. He knew that the plan was to save the world from their sin. (Please note that the butterfly doesn’t die in the cocoon, but Jesus most definitely did, and rose again.) Peter’s sermon in Acts 2 is a clear explanation that Jesus death was “according to the definite plan and foreknowledge of God.” So that’s a great passage to study as a family.

If I had been thinking further in advance, I would have had Loopy see the transformation of a caterpillar into a butterfly first hand. We’re going to be ordering this butterfly garden kit

and I can’t wait!

Can you think of other examples in nature where things seem to be falling apart, when actually they’re going exactly as planned? I’d love it if you’d share in the comments below!