Teaching a child to read has always seemed like a mystical, unobtainable experience to me.

Honestly, it’s like hoping for a mini miracle! How could a kid who would rather whack his brother with a lightsaber ever find the discipline to learn to read?

Now that my son is in kindergarten, I’m getting to witness the miracle first hand. A child going from frustration to triumph is priceless! 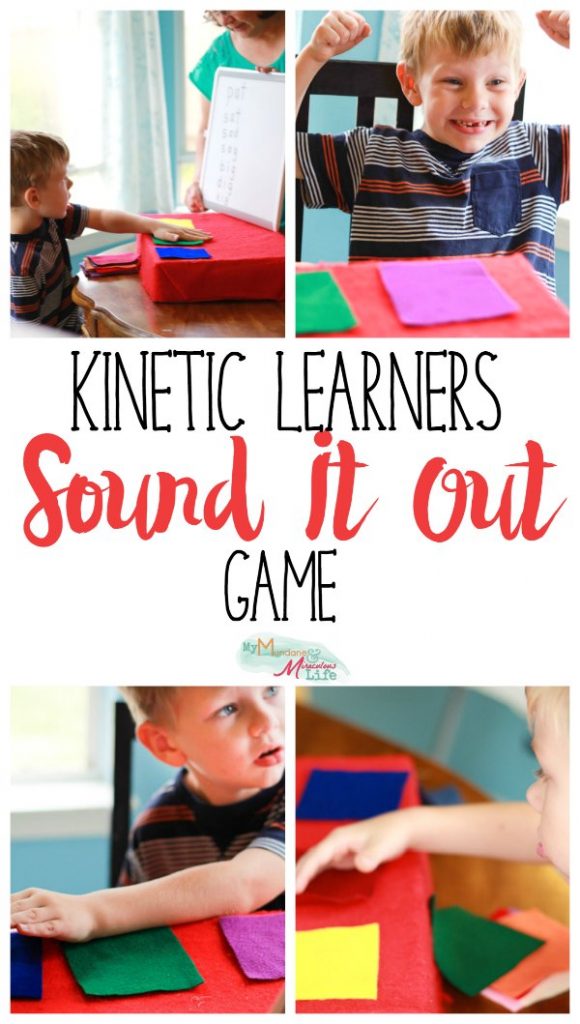 Because of my son’s sensory processing disorder, I thought that learning to read would be a huge struggle for him. But he’s actually catching on rather quickly. I’m crediting a lot of that to the LiPS Program

and specifically, this simple kinetic game to help kids sound out their words.

Write simple words on the whiteboard, going down in a single column. Each subsequent word should only have one (or at most two) letters that are different than the one above it. We stuck with the pattern of consonant-vowel-consonant or CVC. 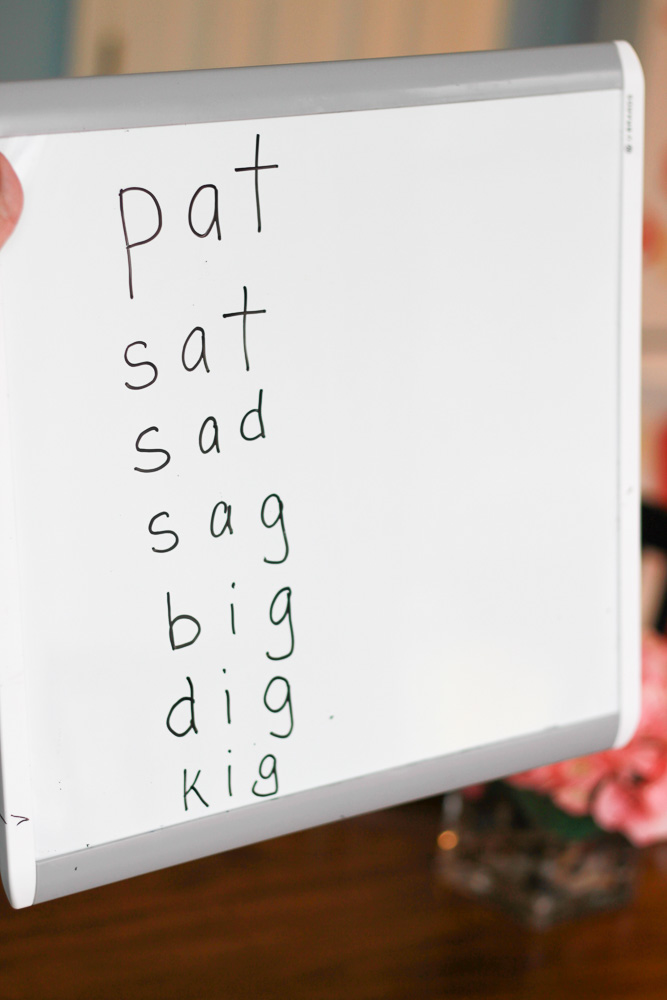 Have your child put different colored squares onto a larger felt piece in a line from left to right. Each square should represent one sound. (Note if two or more letters make one sound like “sh” then that sound should only have one square.)

As the child looks at the first word, have them sound out the first sound WHILE hitting the square on the far left. 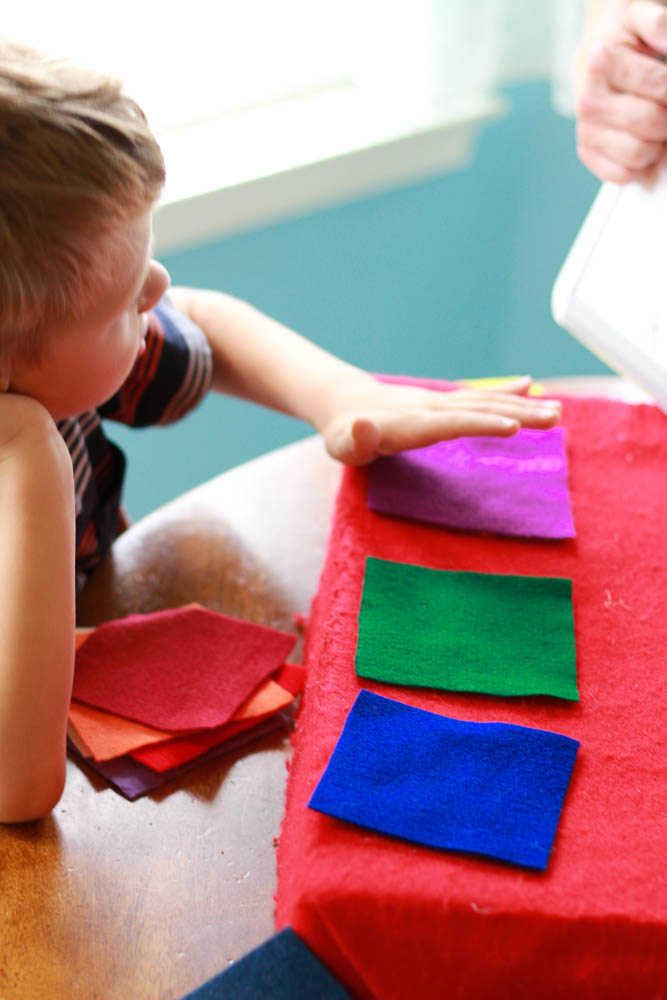 Continue with the remaining sounds. When the child verbalizes the sound, they pat the next square. 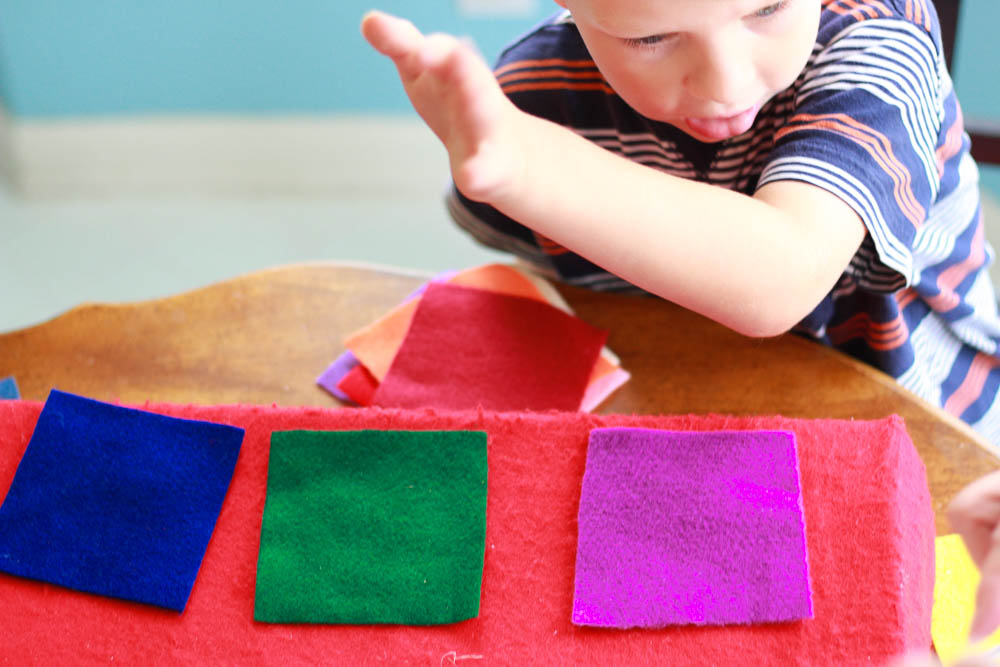 When they’ve given each square a sound that matches the word written on the board, the child slides his hand from left to right, across the squares as he blends the sounds together. It seems so simple and silly, but something about engaging the body with the brain makes things just click! 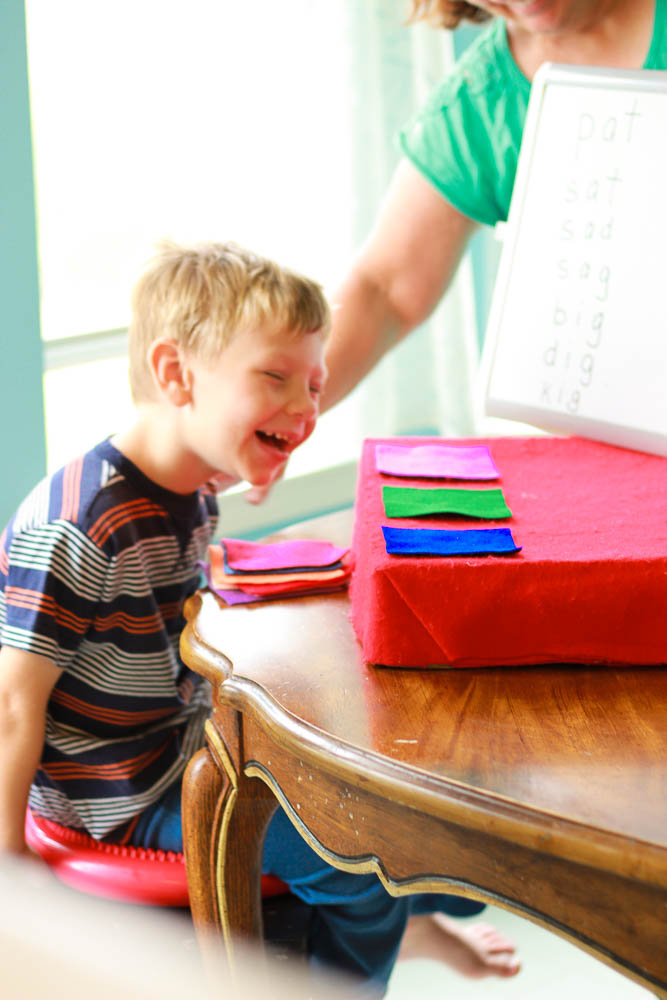 Then the child moves on to the next word. They look at the word and recognize which letters have been changed, compared to the first word. They grab the corresponding square, remove it, and replace it with a different colored square. (It doesn’t matter what color as long as it’s different. It’s not like yellow should always correspond with the “d” sound or anything like that.) 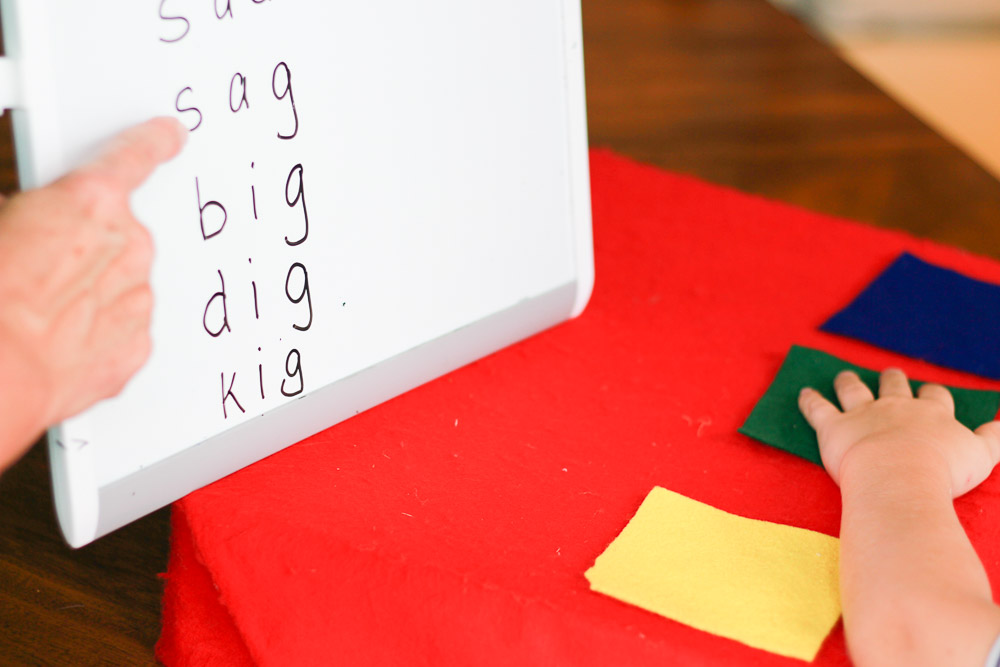 Repeat the same process. The child hits each square piece as he gives the square a letter sound. It should be easier since some of the sounds (and the squares) are the same and in the same position. After they have hit and labeled each square, the child hovers and slides their arm across the felt squares, sounding out the word. 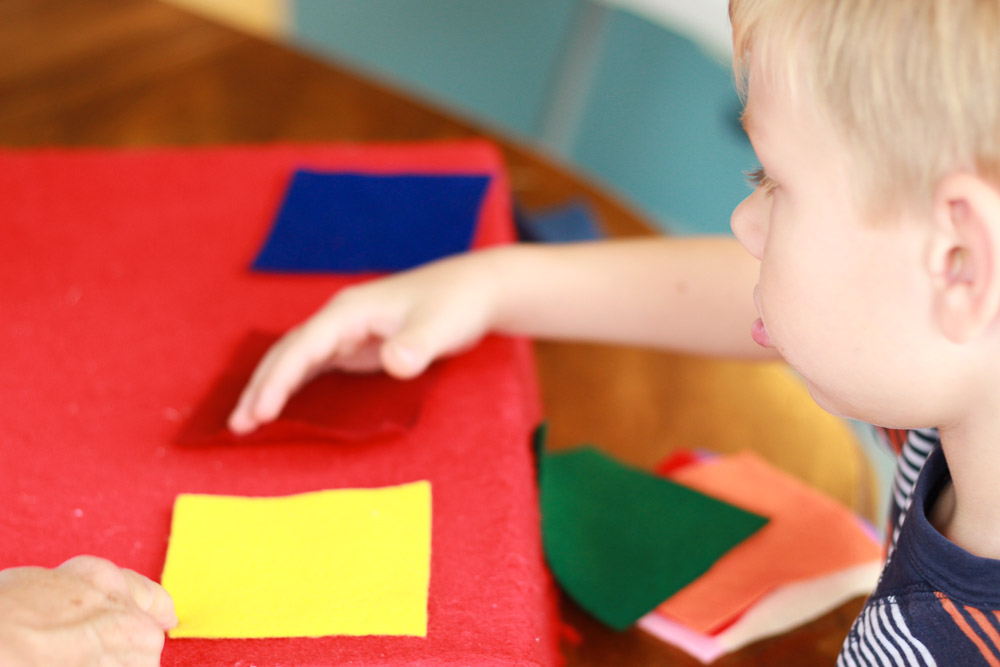 If your child is struggling with sounding words out, I urge you to give this simple strategy a try. The brain/body connection is AMAZING! 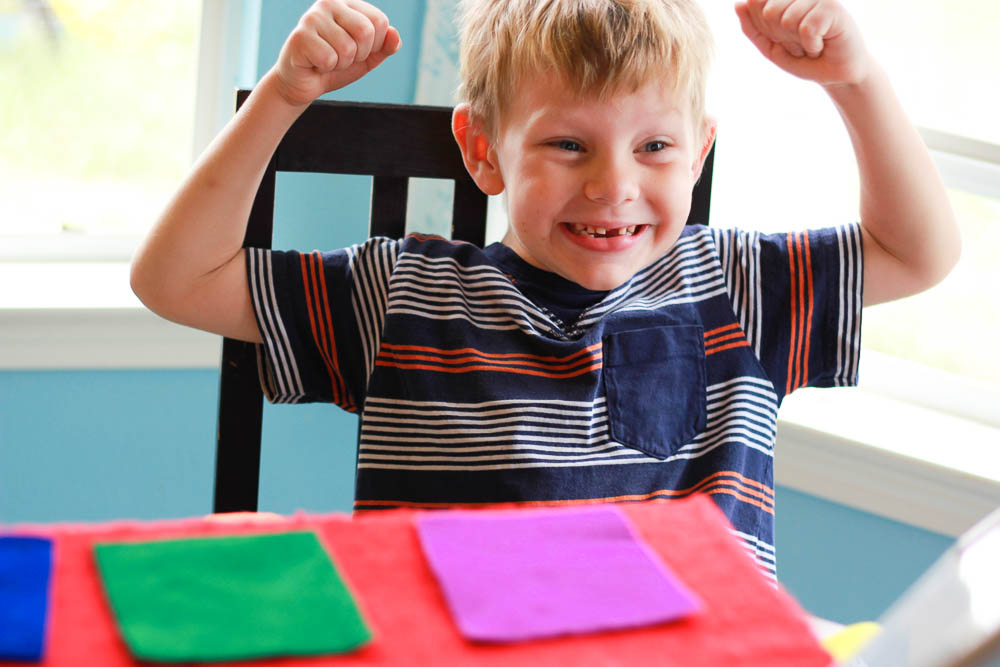 PS There were some nonsense words in our list to ensure that Loopy will continue to sound words out instead of guessing by sight. 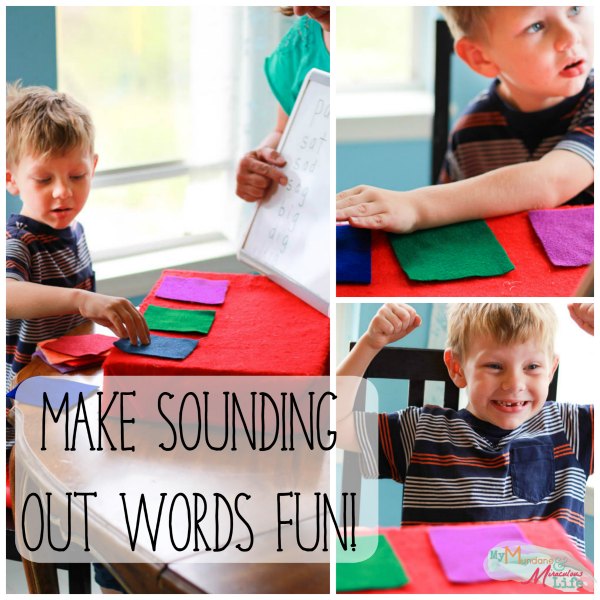