I’m not a native Texan.

While I love Austin, I just don’t understand why people are so obsessed with this state. (Please don’t kick me out!)

By far, my biggest complaint is the lack of autumn leaves and winter snow.

I wanted my boys to get to play in some Fall foliage and here is our sorry substitute for Autumn. Turned out to be great fine motor skills along with sensory play! 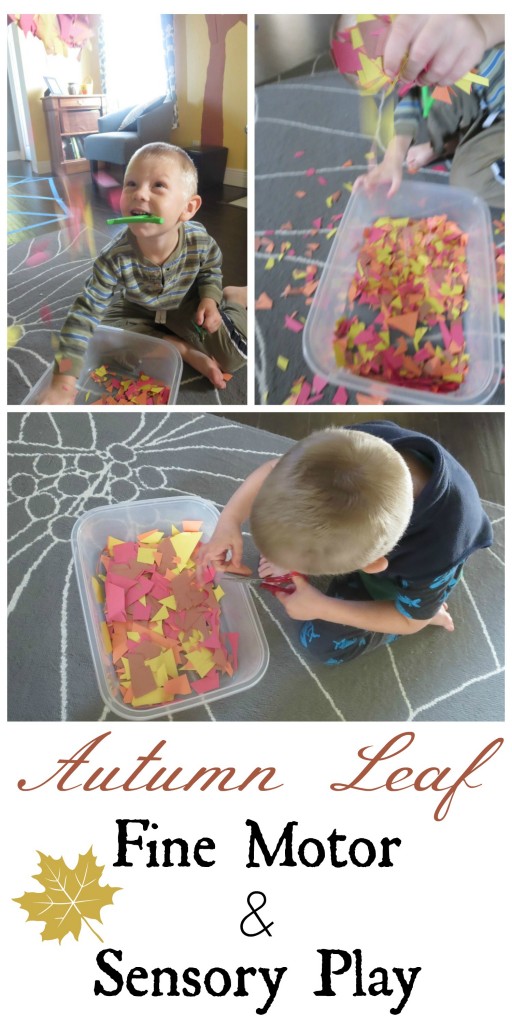 After cutting out some leaf shapes for a Thankfulness tree, I had a bunch of scraps left over. I hate throwing stuff away (or I just had no more room in my overflowing recycle bin) so I decided to turn the remains into “leaves”.

As I started snipping, it dawned on me that Loopy could help me out and it would double as fine motor scissor practice. WIN! 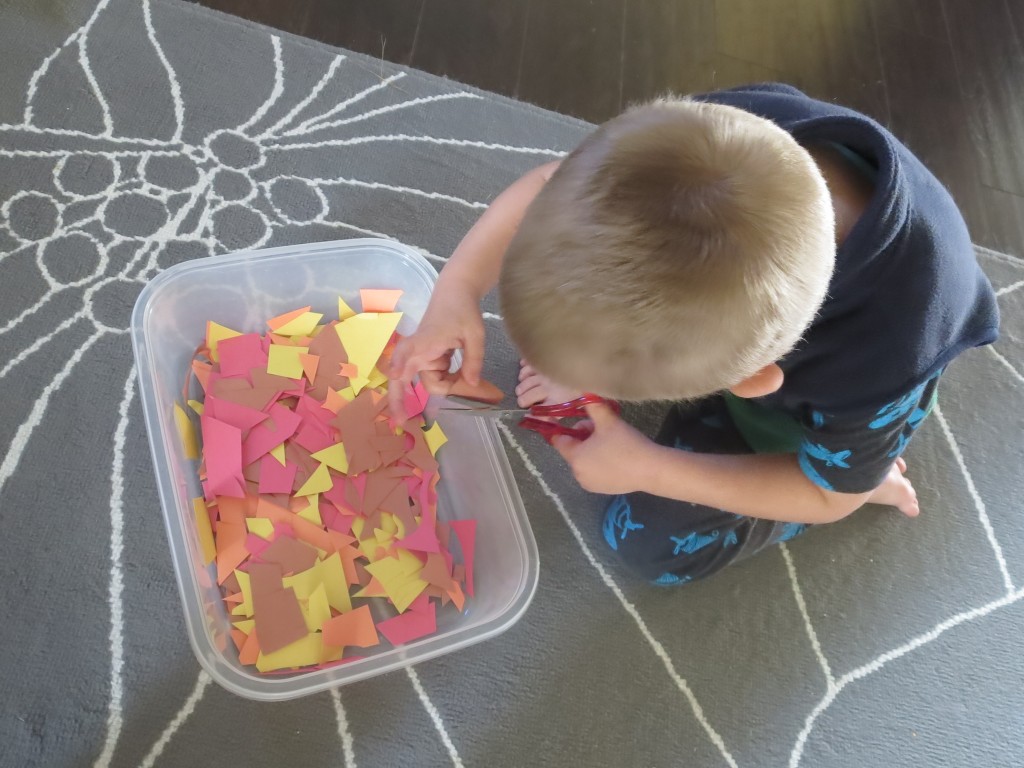 Eventually the “leaves” got smaller and smaller until it was time to play in the pile! Loopy didn’t hesitate.

I was NOT expecting him to jump in! 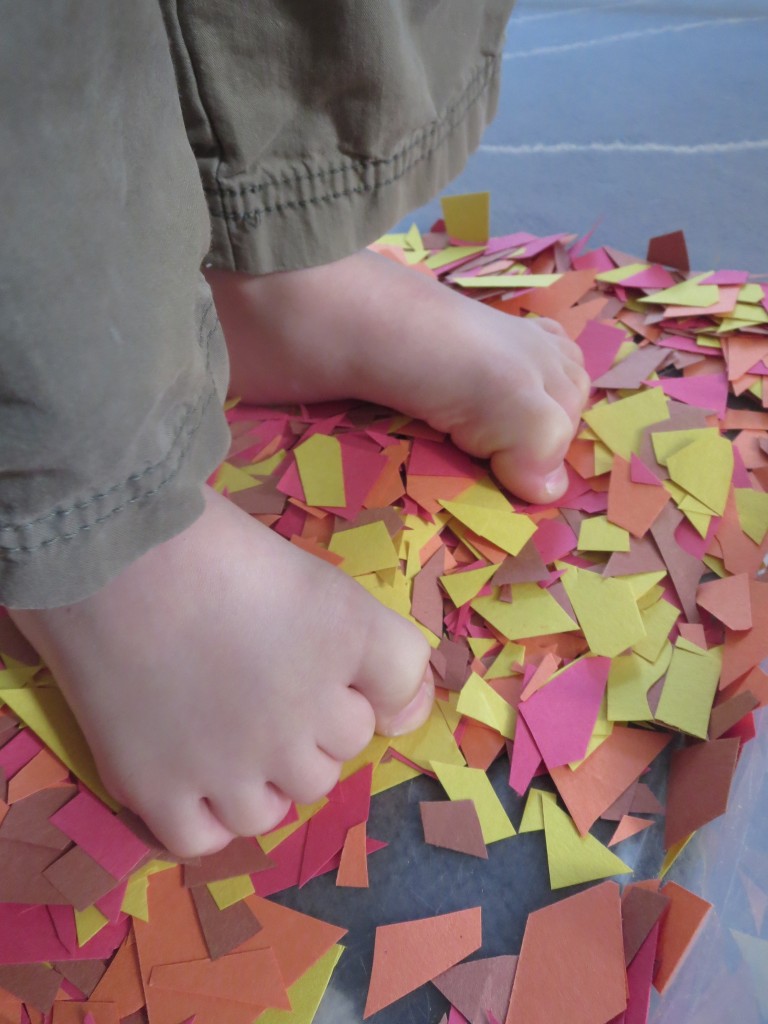 I was afraid that a paper scraps sensory bin would be lame, but both boys were all about it! 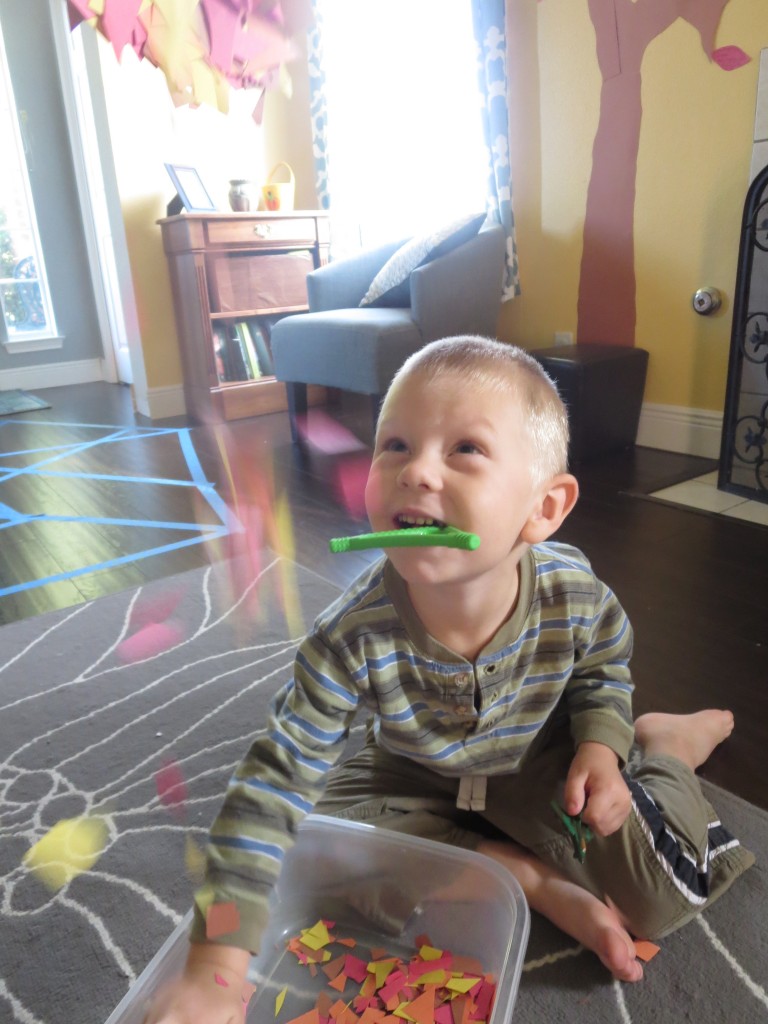 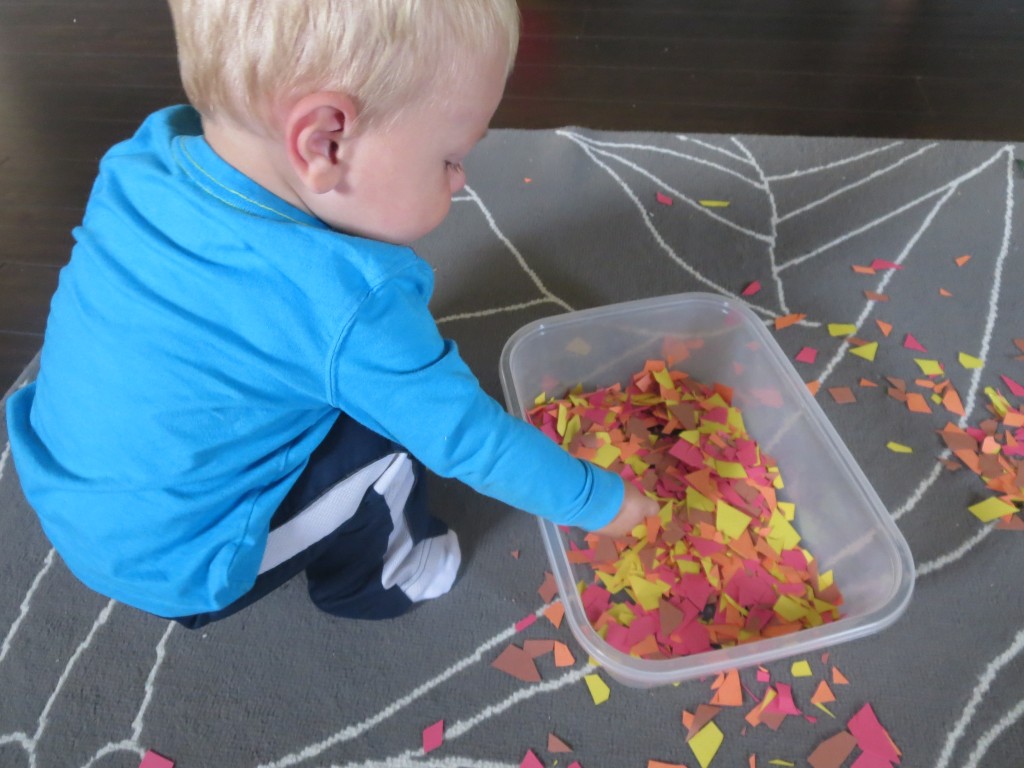 I thought clean up would be simple. Roll up the rug like a funnel and dump. Except all the little pieces stuck to the fibers of the carpet. And the boys socks. And the pile on of Lumpy’s head put there by Loopy.

Eh. It was still worth it to give them a little seasonal magic!

Does Your Child Have Unmet SENSORY Needs???

Discover the #1 BEST Sensory Activity for YOUR Unique Child...

Tell me more about your situation and I’ll tell you what sensory activity is best for YOUR particular child’s needs... PLUS, send you FREE printables full of activities to try that, I promise, they’ll love!