Does your child seem discouraged about their ability to draw? My son tends to shrink back from drawing opportunities. He usually states that he can’t draw a certain object and asks me to do it for him. I know his sensory processing disorder effects his body awareness, hence, his writing and drawing. But it just breaks my heart to see him not even wanting to try. Then I found a creative way to make drawing objects not nearly as intimidating.  Bring on the teamwork drawing! 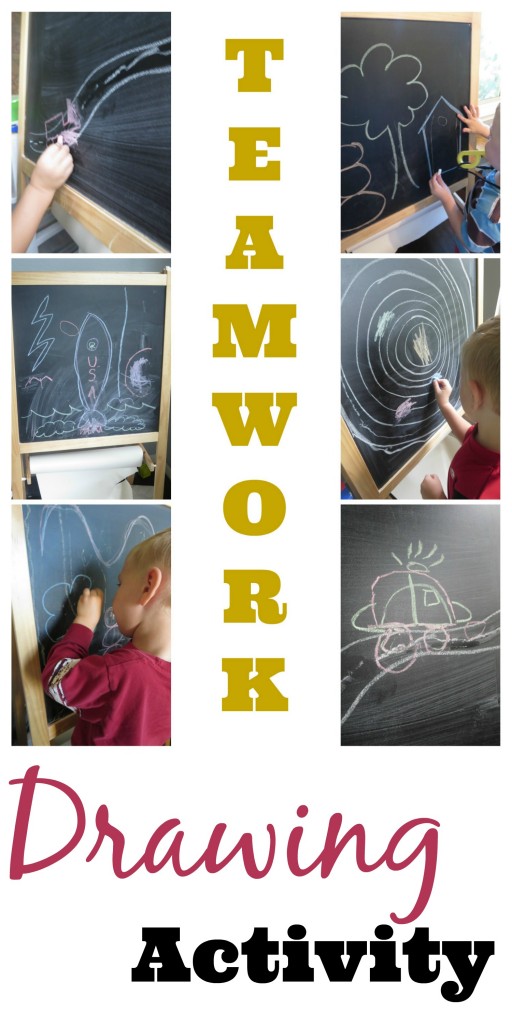 * By reading this post, you are agreeing NOT to roll on the floor, laughing at my artistic abilities. Promise?

The concept is simple. Instead of asking Loopy to draw an entire scene, I would draw an outline of an object, and he would fill in the details. 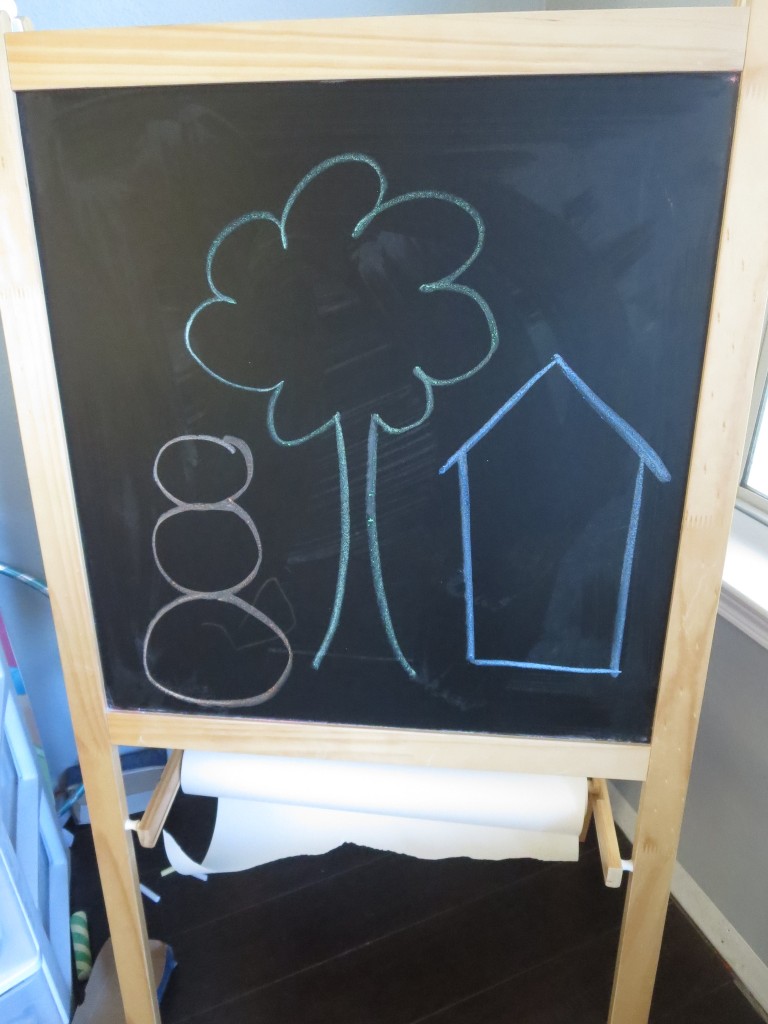 We focused on how basic shapes, when sized and placed intentionally, can make a whole beautiful picture. It’s pretty neat how much you can make from circles, squares, rectangles, triangles and straight lines! 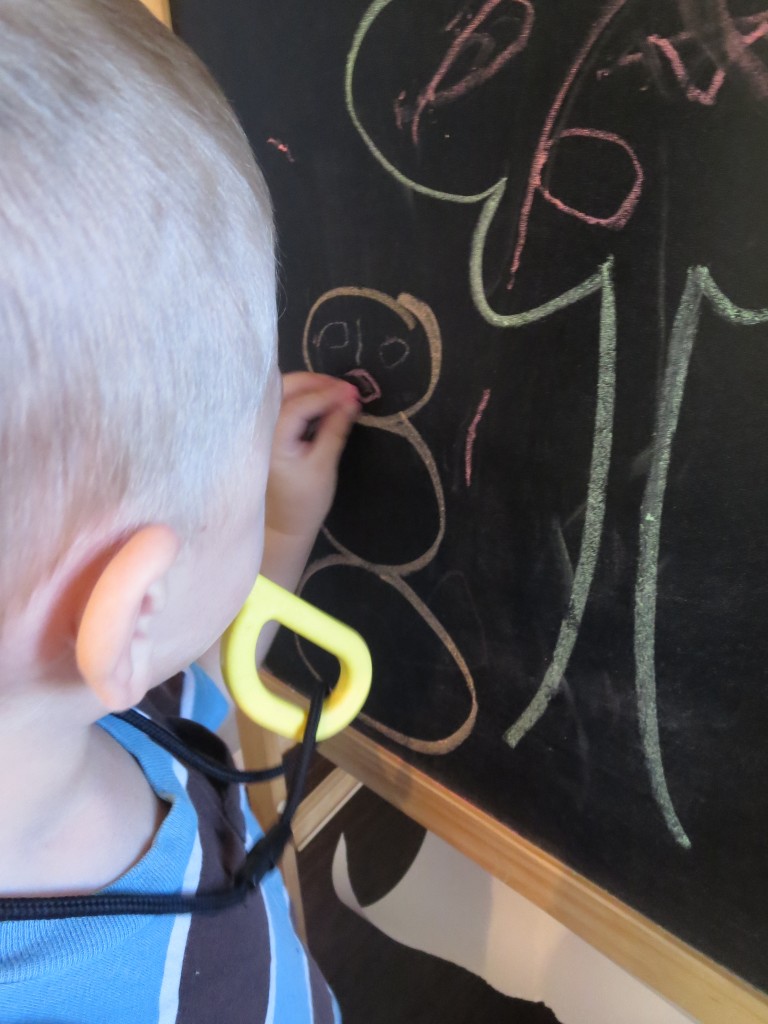 He was amazed and honestly, so was I. 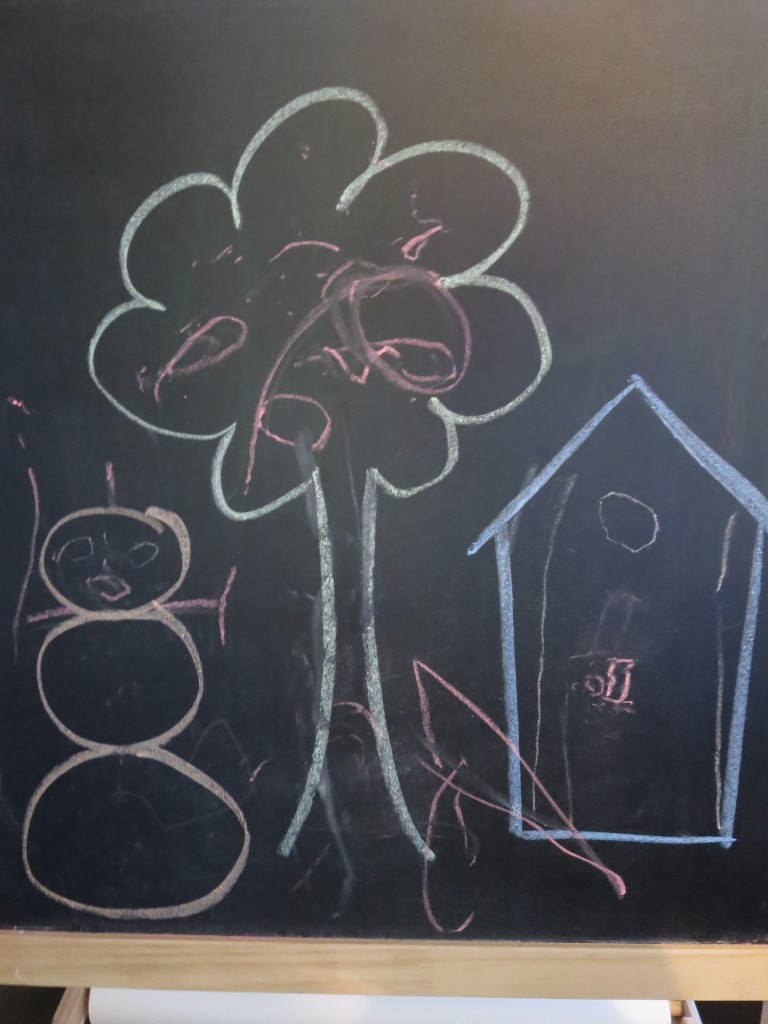 The end results were so beyond his typical skill level. And to Loopy’s credit, his brother “helped” out with some of the extra scribbles.

We tried all sorts of different scenes, but we kept coming back to his beloved astronauts. 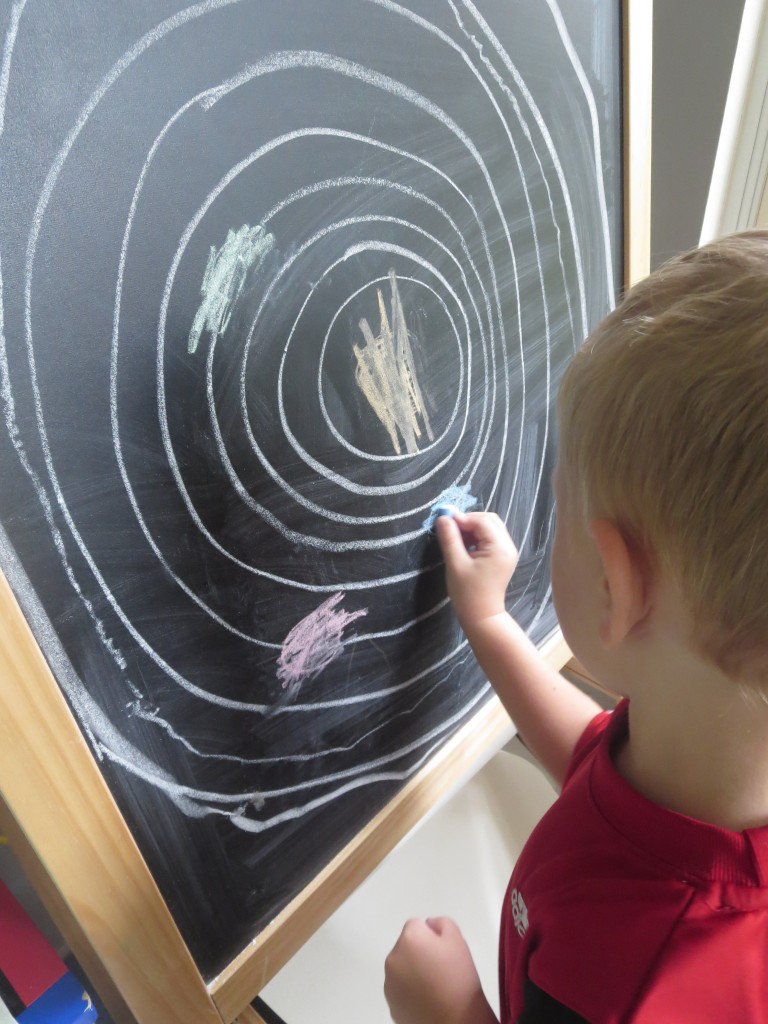 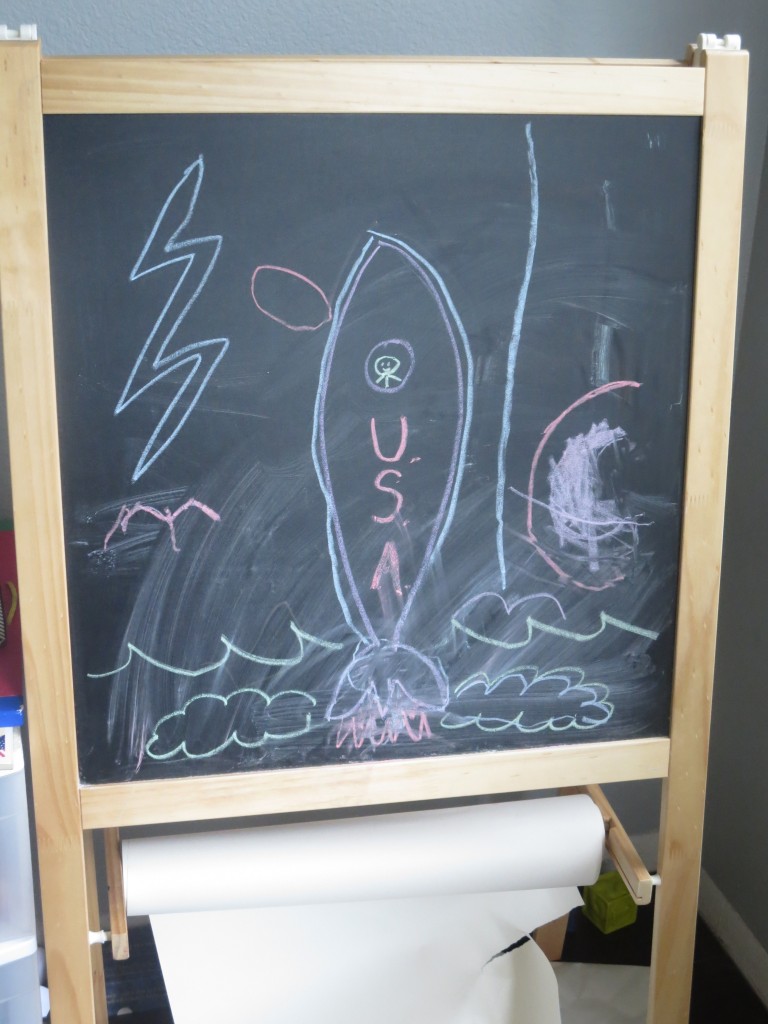 I believe this drawing activity for preschoolers helped Loopy see the forest for the trees. He needed to know he could make something fun, beautiful, and recognizable! He’s so proud of himself now and has even started drawing his own scene during his free time! Crazy pants. 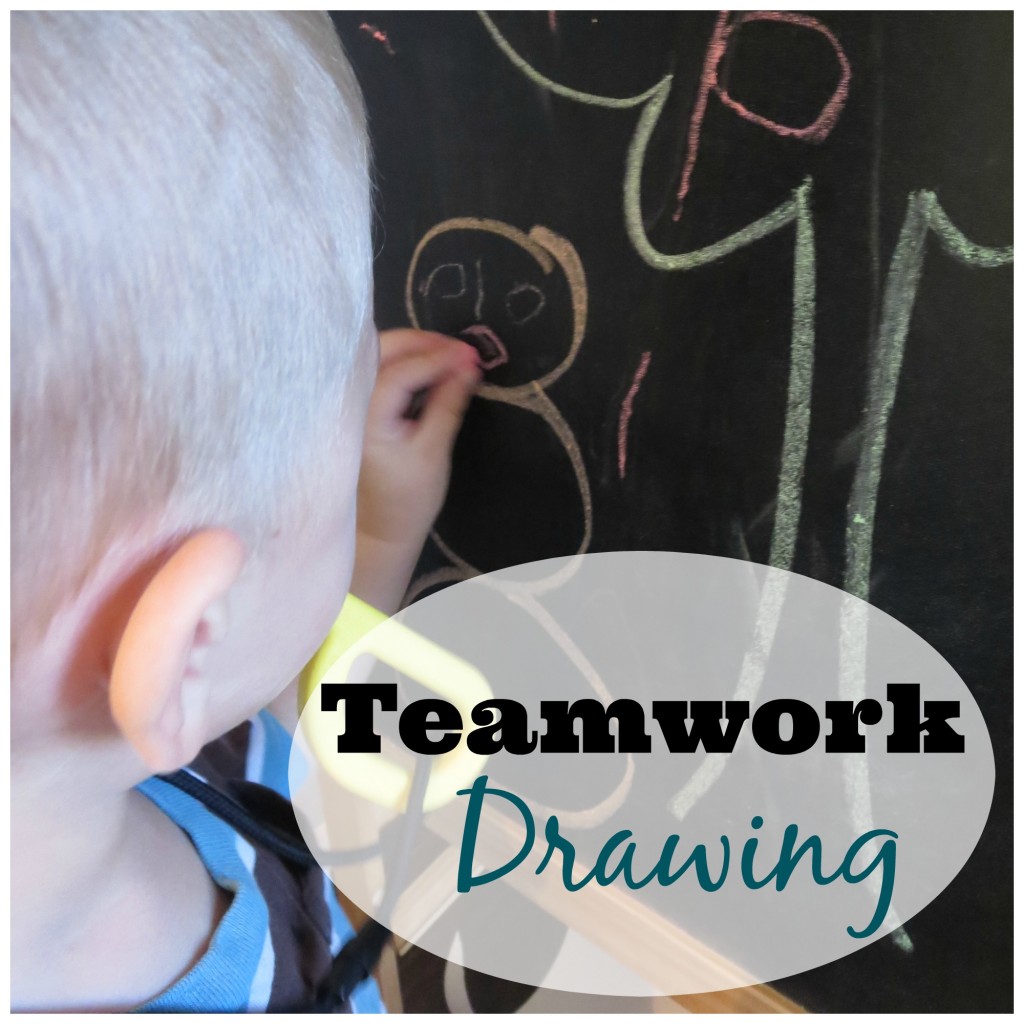