Usually, people joyfully anticipate the birth of their children. 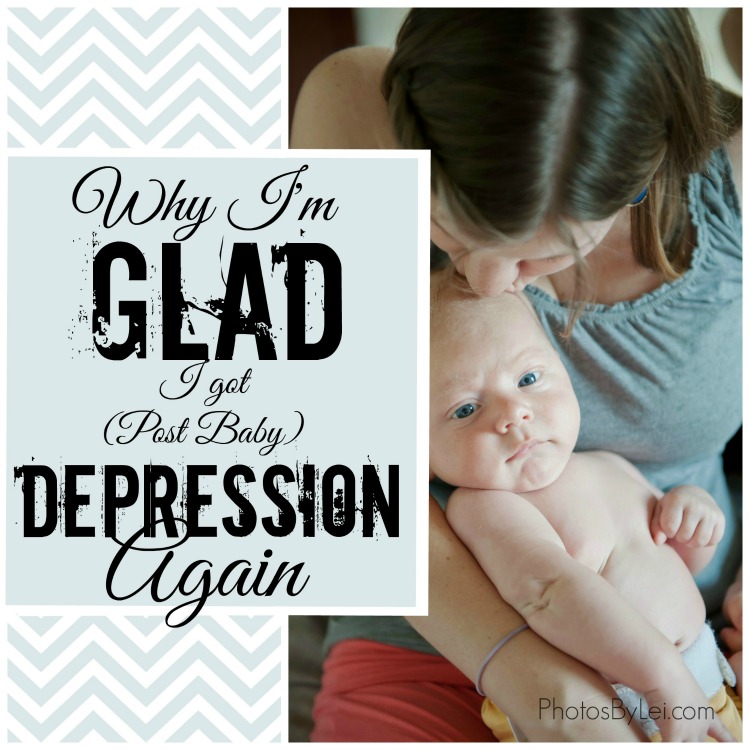 Me and Lumpy when he was just six weeks old. www.photosbylei.com

This was not my first rodeo. My first child had rocked my world.

(You NEED to read that story first so that this part two will have more weight to it. But since I know some of you are rebels, let me just say that post partum depression consumed me to the point of planning to take my own life. I had given up on God and hope. I was angrier than heck and completely frantic to stop the pain.  If you want to know what changed, you’ll have to read the first part. Trust me, it’s better written than this second part!)

I had shared the first part of my story a couple weeks before my due date with our second child, and I made it quite public. I knew I would need prayer and practical support.

Now, with the pending arrival of my second son, it seemed that all my friends and family were waiting with bated breath; watching me.

So I’m writing this as a long overdue follow up. My youngest is 19 months old now. We’re out of the baby stage (hallelujah).

But I did navigate the murky waters of post partum depression yet again.

Lumpy’s birth was the total opposite of Loopy’s. It was fast, natural, magical, empowering. We were off to a great start!

But within a couple days, we knew that we had another high-needs baby on our hands. Nursing was still a pain, sleep was few and far between, and the crying was well beyond the norm. Thankfully, we already had numerous ideas as to how to help since Loopy had already baffled our medical professionals and Google. So Lumpy was fussy, but only about 3/4th what his older brother had been.

There were other stressors. We moved into our first house weeks after the birth. (Yes, I know that’s my own fault.) Then Loopy (2 yrs old at the time) started acting increasingly strange. He became paralyzed with fear and lashed out about the strangest things. I was incredibly frustrated by his behavior and confused about how to respond. Did he need discipline or was something “wrong” with him? He was eventually diagnosed with sensory processing disorder and things improved dramatically with the right tools. Then my husband’s job became fickle, and we suddenly found ourselves making $250 a month with no savings.

So yeah, a little stressed.

But let’s get back to how I was handling things. How was my emotional state? Well, my friends and family were not the only ones on high alert. Since I was the one who had experienced the terror of PPD, I was the most afraid of letting it run rampant. I knew I would have to guard my thought-life vigilantly. No longer could I idly let any lie waltz through my mind to set up residence. I knew the havoc they could wreak. Don’t get me wrong, the vile thoughts would come knocking. But I rarely invited them to stay. It was a constant painful battle, but at least I was in the fight, instead of being a doormat like last time.

And I was clinging to one truth that I had learned the hard way during the first postpartum depression. The cross of Christ changes everything.

I had to keep preaching two things to myself. First, that the death of Jesus completely pays for my sins. When you act as ugly as I acted towards my children, you know, the guilt is damning. It takes a hefty amount of faith to believe that “it is finished.” But once you see the gravity of your sin and the sufficiency of Christ’s payment, grace will overwhelm you. Second, the power of sin in my life was broken at the cross. It’s certainly not a happy or popular thought, but the truth is, we were all once slaves to sin. And when you’re going through PPD, you feel it acutely. But Jesus’ death changed things. When the anger surges through me and all patience vanishes; when I can’t think of anything else but myself and my misery; I’ve been given the ability to not only deny the compulsion to lash out, but to act on radical love. I am not helpless. I’m not out of control. I have the power of the resurrected Christ working in me to make me holy.

I know it may seem crazy to say out loud, but here it is, for the whole world to read:

Both times were beyond awful.

But the first time, I was blessed to see the depth of my sin. (Yes, it is a blessing to realize that something you thought was no big deal is actually going to kill you.) And when I thought there could be no hope for me, God’s  shouts penetrated my deaf heart, “I paid for that. Trust me.”

The second time, I got to see that salvation in action. Jesus didn’t just save me from my past mistakes, he’s equipped me to be an entirely new person. If I hadn’t gone through it again, I think I would have always wondered if I’d really been changed or if my circumstances had just gotten better.

It was nothing but grace to have the privilege of suffering through PPD again. Philippians chapter 3 explains it well. In it, Paul extols the surpassing worth of Jesus. And Paul’s willing to lose everything, if he can gain Christ. Paul wanted to “be found in him (Jesus), not having a righteousness of his own that comes from (following rules), but that which comes through faith in Christ, the righteousness from God that depends on faith, that he may know Him and the power of His resurrection, and may share His sufferings, becoming like Him in his death.”

You see, by going through post partum depression a second time, I got to KNOW, by experience, the life transforming power of the cross of Christ. I’ve heard it preached for so long, but this time, I lived it.

The Lumps and me this past summer.

So I’m writing this for you: dear friends who took my kids when I couldn’t take it any more; my brother who’d listen to my gut wrenching confessions of failure with a grace filled heart; my girlfriends far away that would text me with heart probing questions, just when I needed it; my husband who loved me unconditionally, yet again.

I’m writing this for you, fellow survivor. You can survive again. You can thrive again.

Join our Facebook community and grow with others!
Does your husband just not “get” PPD? Here’s a helpful post for my Hubs to yours.