We love sensory bins around here. And this one has a science twist!

It’s quite simple because it uses things you already have lying around the house. Get ready for some creative fun and learning with this magnetic sensory bin!

Objects that react to magnets (See ideas below)

Some non-magnetic things (See ideas below)

So many different kinds. We use it for lots of playful learning!)

For our objects that react to magnets, I used some spoons, brads and paper clips, other magnets and some trains. For the non-magnetic objects I found some rubber toy wheels, plastic animals, and even ice! 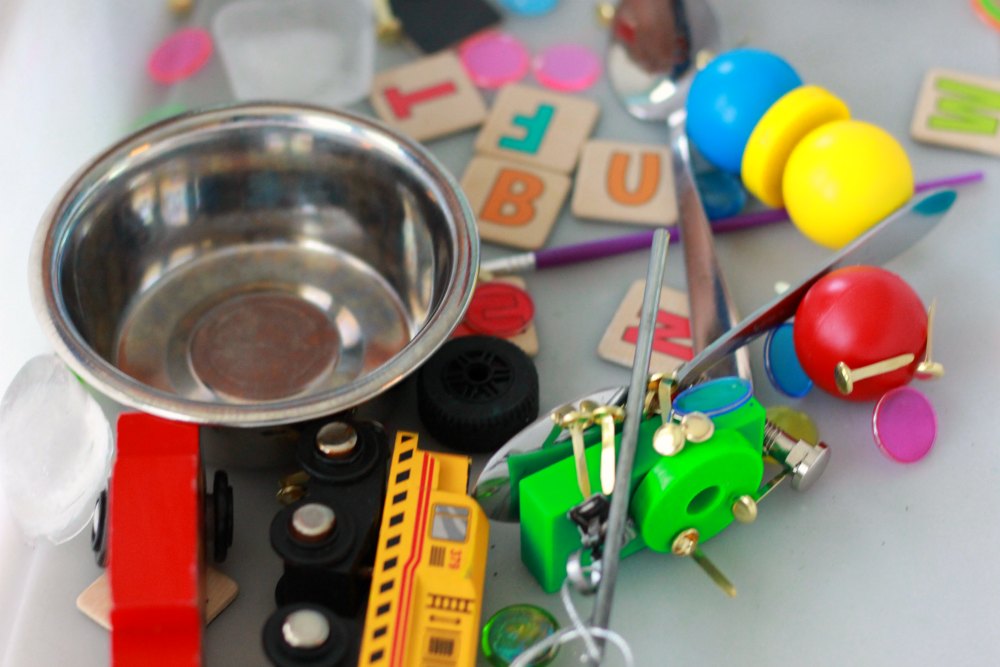 I asked my son to hypothesize about which objects would respond to a magnet and which ones wouldn’t be effected. His theory was that cold objects are attracted to magnets. I thought that was a neat guess and let him test out his theory (and that’s when I added the ice). 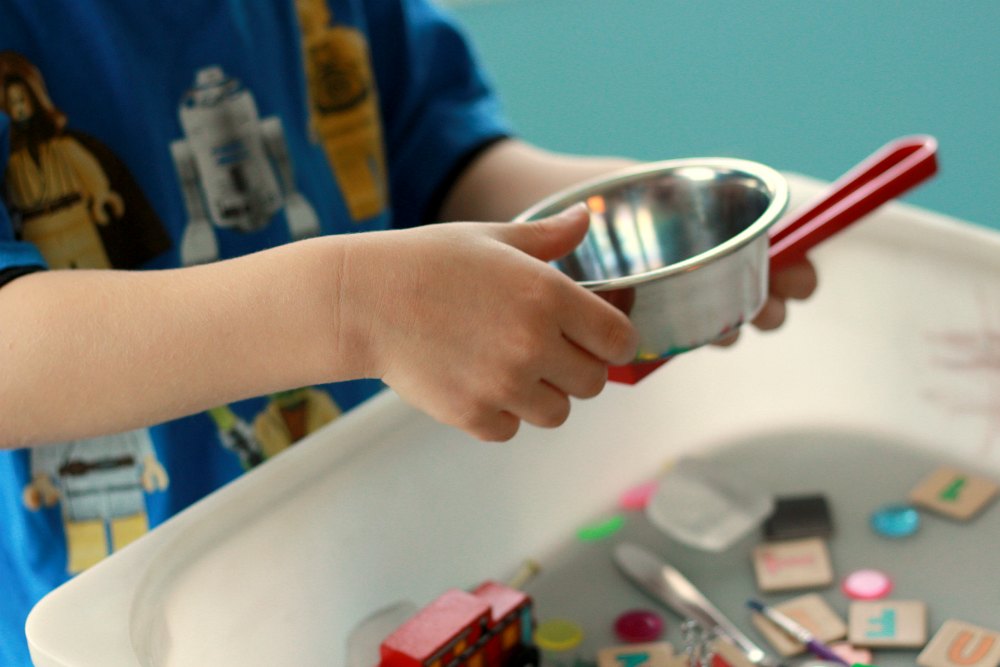 It was really cool to watch him realize that his hypothesis was wrong and see him formulate a new one. I encouraged him to not see a failed hypothesis as a setback but as science at work; taking him one step closer to a discovery.

Eventually he realized that the magnetism could pass through more than one object. SWEET! 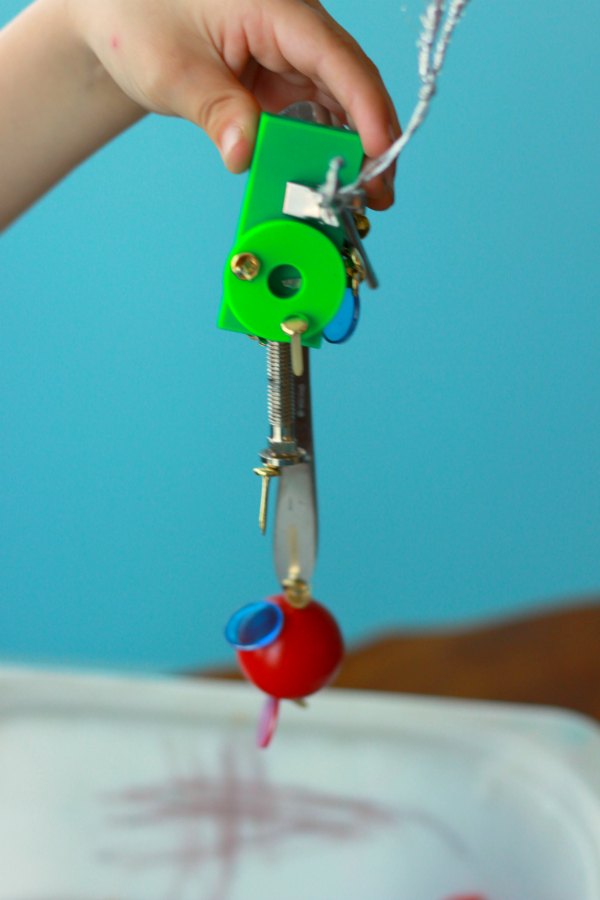 Sensory bins are one of our go-to activities around here. Check out a bunch more sensory bins and bags that we’ve done! 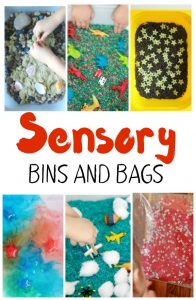 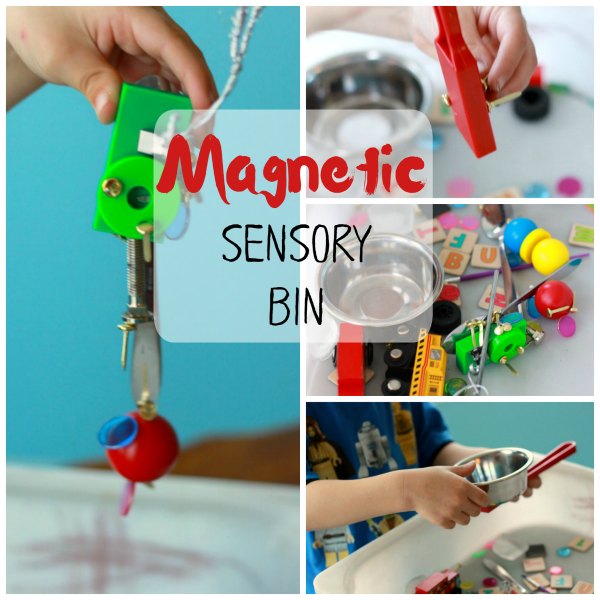