As a kid, I spent more time outside than in.

When summer rolled around, I would only visit my house to use the restroom and occasionally get a good night’s sleep. The neighbor kids and I would make a HUGE list of all the things we could do to fill our time.

It’s such a simple game. Yet it is crazy good at improving kids hand-eye coordination and their problem solving skills.

Why problem solving? Well, let me teach you how we play, and you’ll see why. 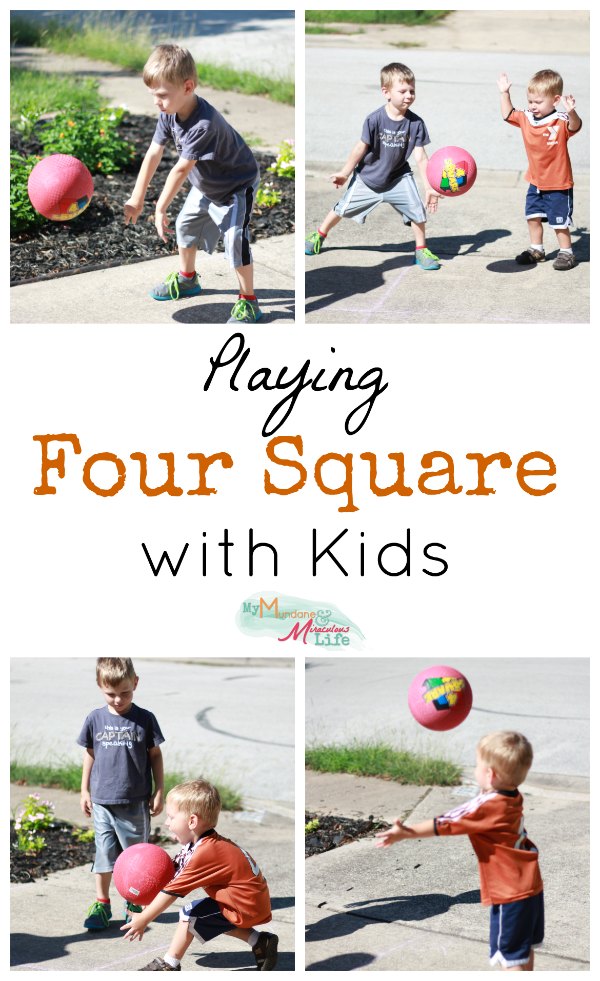 Four same sized squares, making up one large square. (If the cracks in the driveway don’t work, use caulk to draw the lines.) 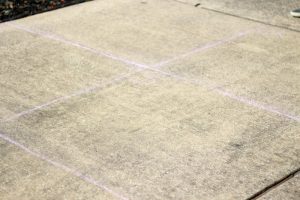 Four people occupy one small square each. Designate the “King” position, and then mark a spot for the queen, knight, and pawn, going in a clockwise circle. The “King” is the spot everyone wants to be in.

The King serves the ball to get started. The basic rules are that you if the ball hits your personal square you need to return the ball to any other square without it bouncing on your square again or going out of bounds. If either of those things happen, you’re “out” and you start back at the pawn spot and everyone else scoots up a position. 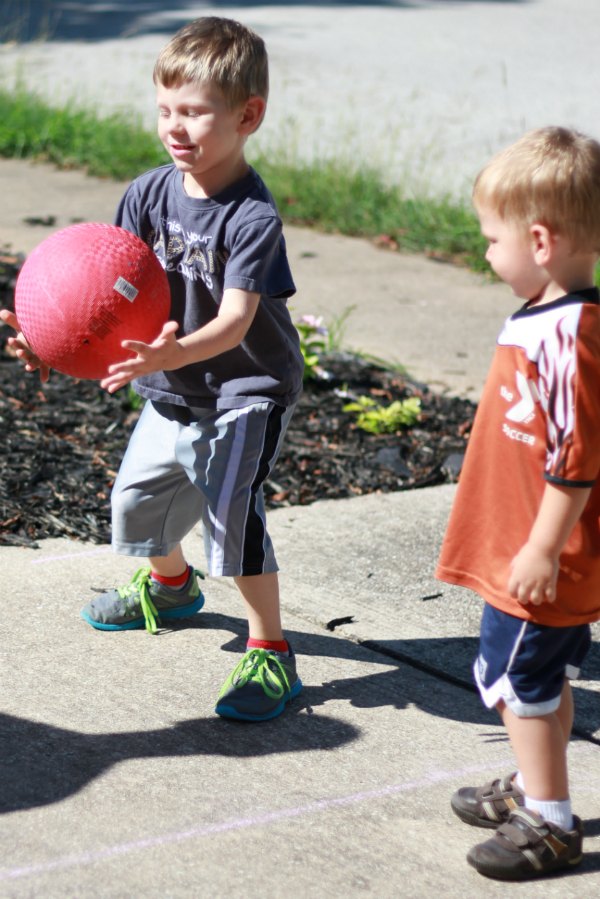 The tricky part comes with all the extra “no-nos”. I’ve found these rules to be vary drastically with each group of kids I’ve played with. Some classic rules are:

Other various rules include not carrying, catching or volleying it. (As a kid, we allowed two air volleys before it had to be returned to the ground.) Some play that you HAVE to allow the ball to bounce in your square before you touch it. I personally hate that rule as it makes the game far more mild. (HA! I’m rather competitive and aggressive.) 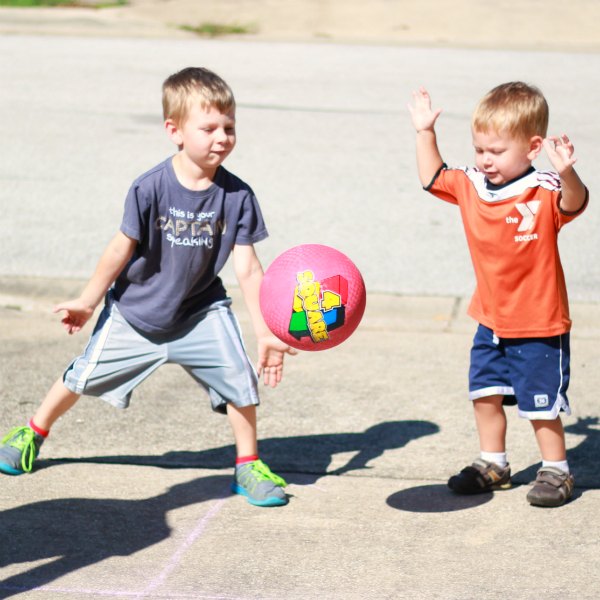 Are you confused yet? Well, that’s one of the reasons that four square is SO great for communication and problem solving. No one learns four square the exact same way. Even once the ground rules are established, so much is open for interpretation, that kids will have to learn how to work things out and make compromises that keep everyone happy.

This post is part of a blog hop where a bunch of my blogging buddies share their FAVORITE throwback backyard games and share the magic with their children! Let’s do summer like it’s the 90’s again!!! 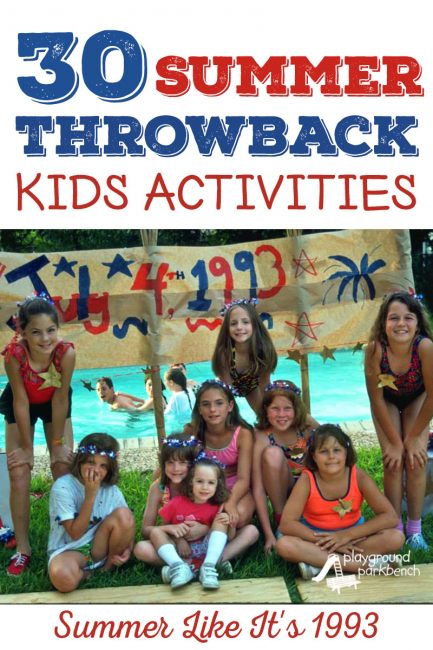 So how do YOU play four square???