If you came here for explosions and flashy tricks, this probably isn’t the post for you. But science activities don’t necessarily need to be fancy and showy.

In fact, the early years of teaching science should focus less on facts and more on observation skills and wonder! A child that can really SEE something, form questions about it and truly marvel will have an insatiable appetite for science and the world around him.

In this simple science activity, you’ll challenge your students to go beyond what they first see and invite them to continue labeling and exploring.

Dump the screws and nails in front of your child and let them just explore at first. Most kids will begin to touch and examine, making comments along the way. 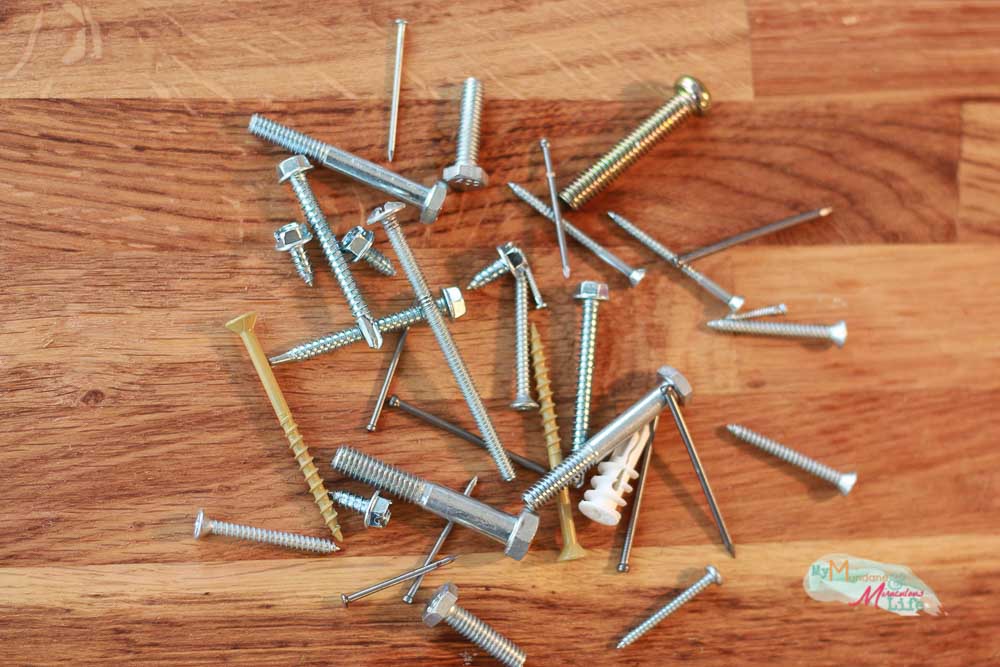 Ask the student to start sorting the screws and nails into categories of their choosing. 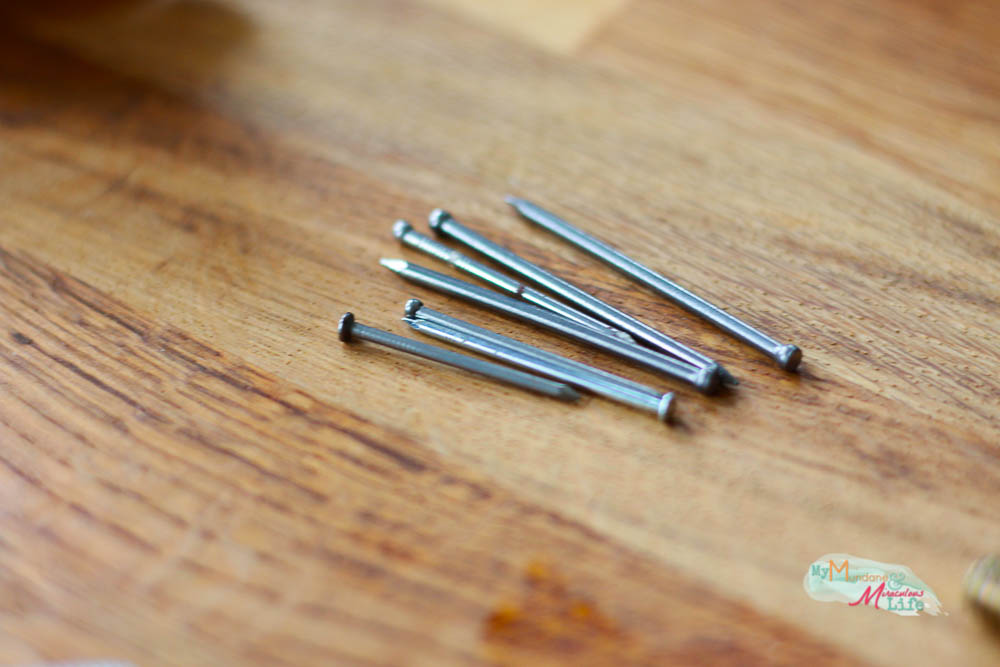 Encourage them to go beyond their first observations of categories.

As an example, my boys first organized the objects by “biggest to smallest” and they were referring to their length. I asked them if there were other ways that some of the screws were bigger to others and we observed their width and organized in that way with totally different results! 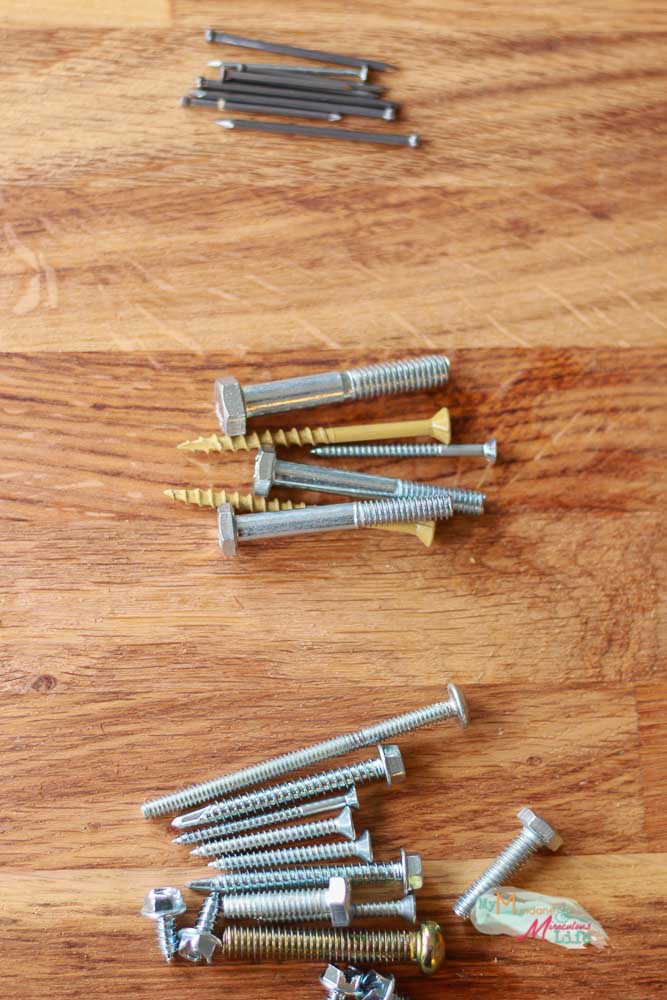 Eventually my kids groups the screws and nails by sharp and flat tips, rounded and flat heads, slotted or Phillips’, round head or hex head, and smooth shaft, lined shaft, or a mixture of the two. 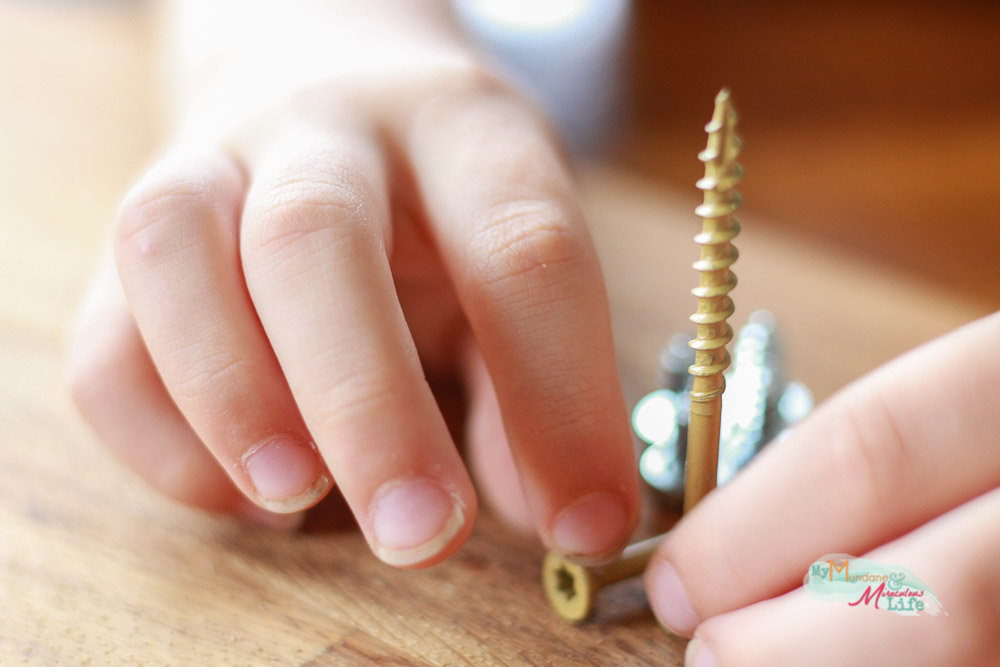 After that, they turned the screws and nails into a fortified military stronghold! 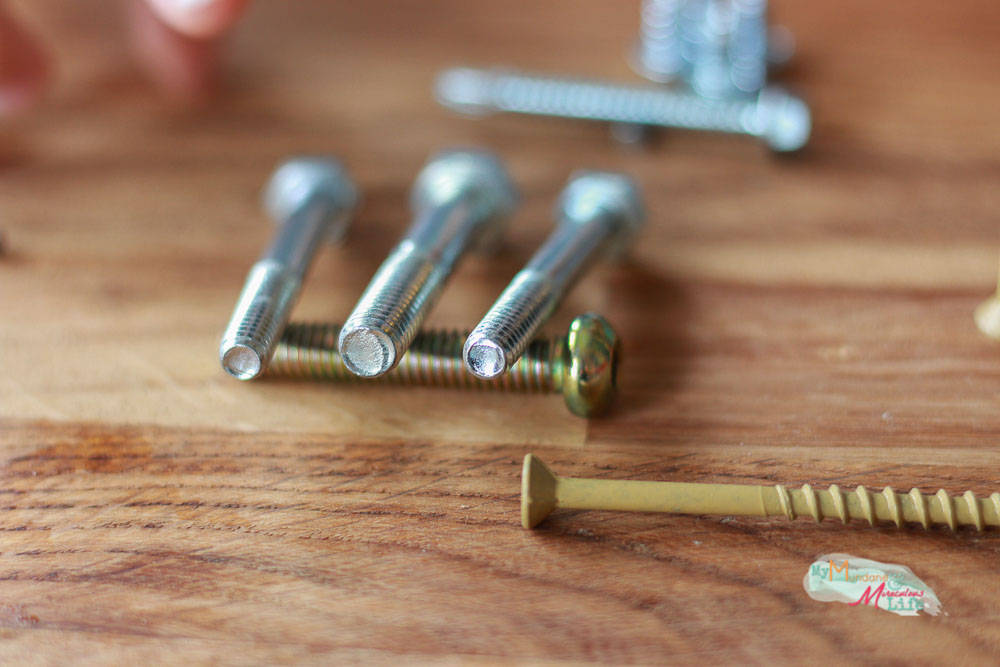 Again, the activity is crazy simple but the results were rather profound! What I thought would take 30 seconds turned into 15 minutes of careful observation and a lesson on really seeing to learn and understand. 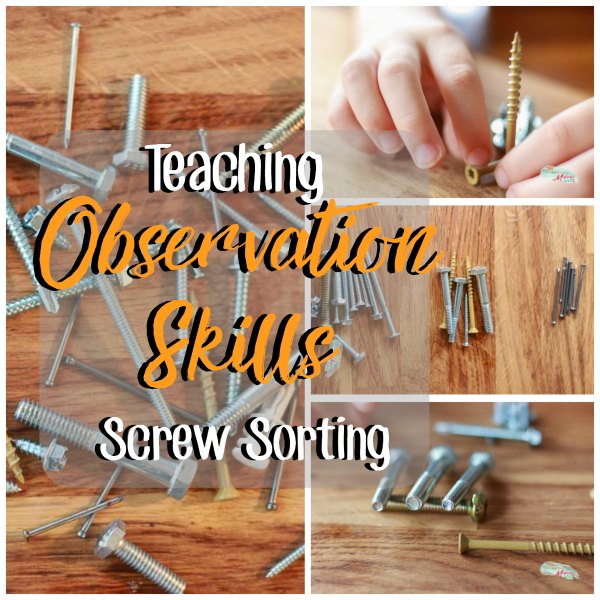