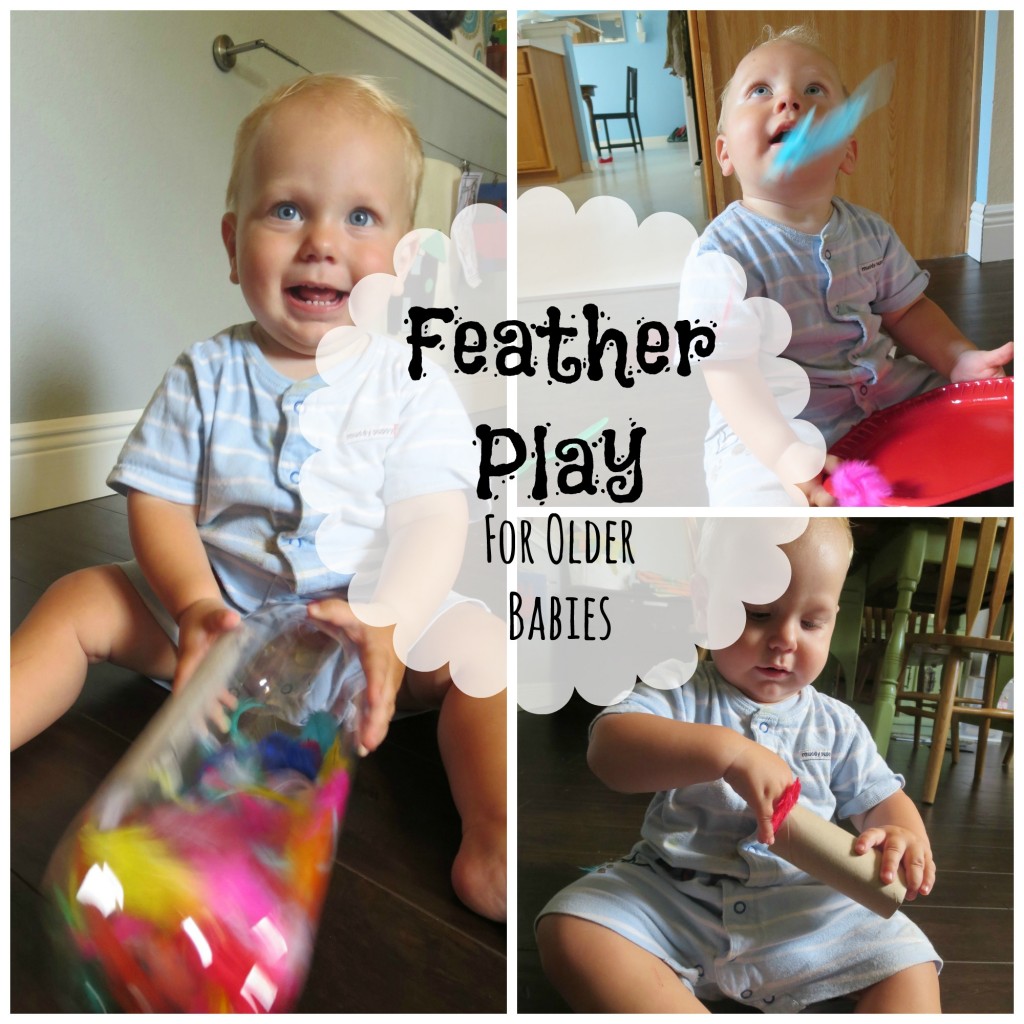 I’ve been feeling bad about how much blog space my three year old Loopy has been getting compared to 13 month old Lumpy. Of course, art reflects life. Poor Lumpy either does what brother is up to, or has to sit out, most of the time.
But low and behold, Loopy took an extra long nap Lumpy took an extra short nap so I had some real one on one time with my little guy!
What to do? What to do? Started grabbing stuff from our school room.
Feathers? Huh. Alright let’s give it a try.
First we stuck a bunch of bright feathers in a bottle and screwed the lid on tight.
And shake. And spin. And throw. 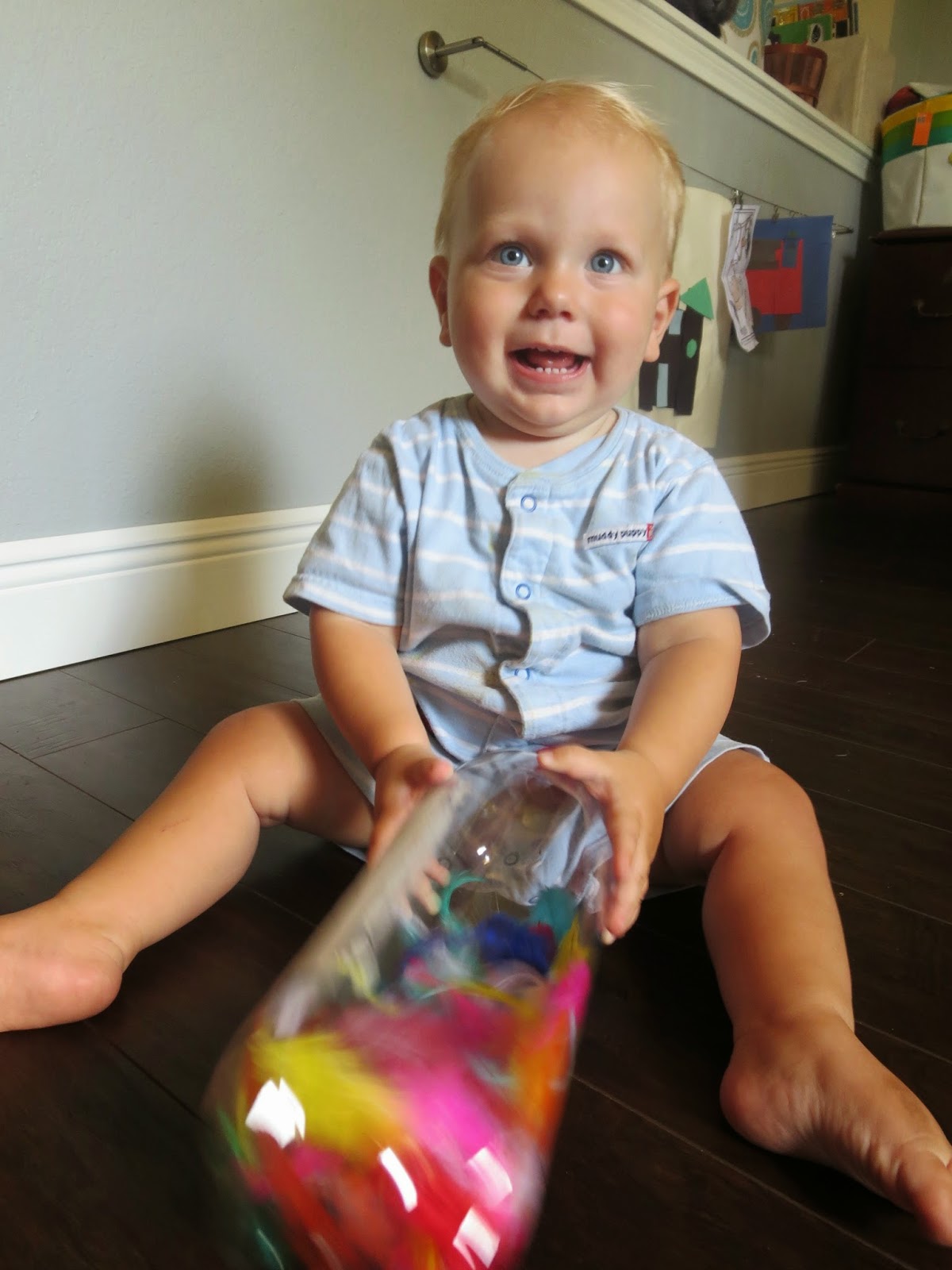 Lots of fun!
Then I pulled out a feather and gave him a little toilet paper roll.
Dude, he played with this for nearly 20 minutes! 20 SECONDS is a long time for this kid!
In and out, over and through.
He. was. mesmerized. 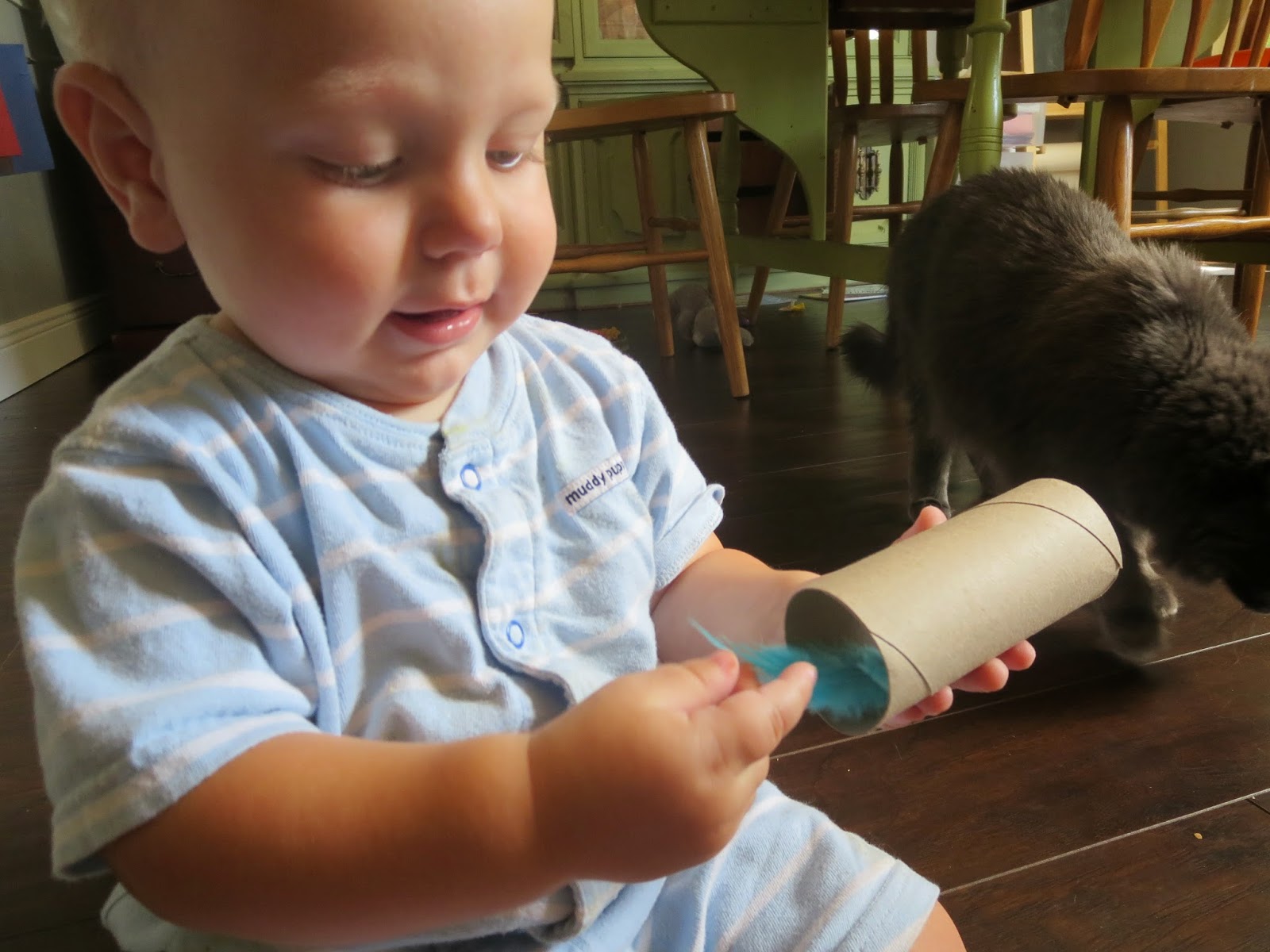 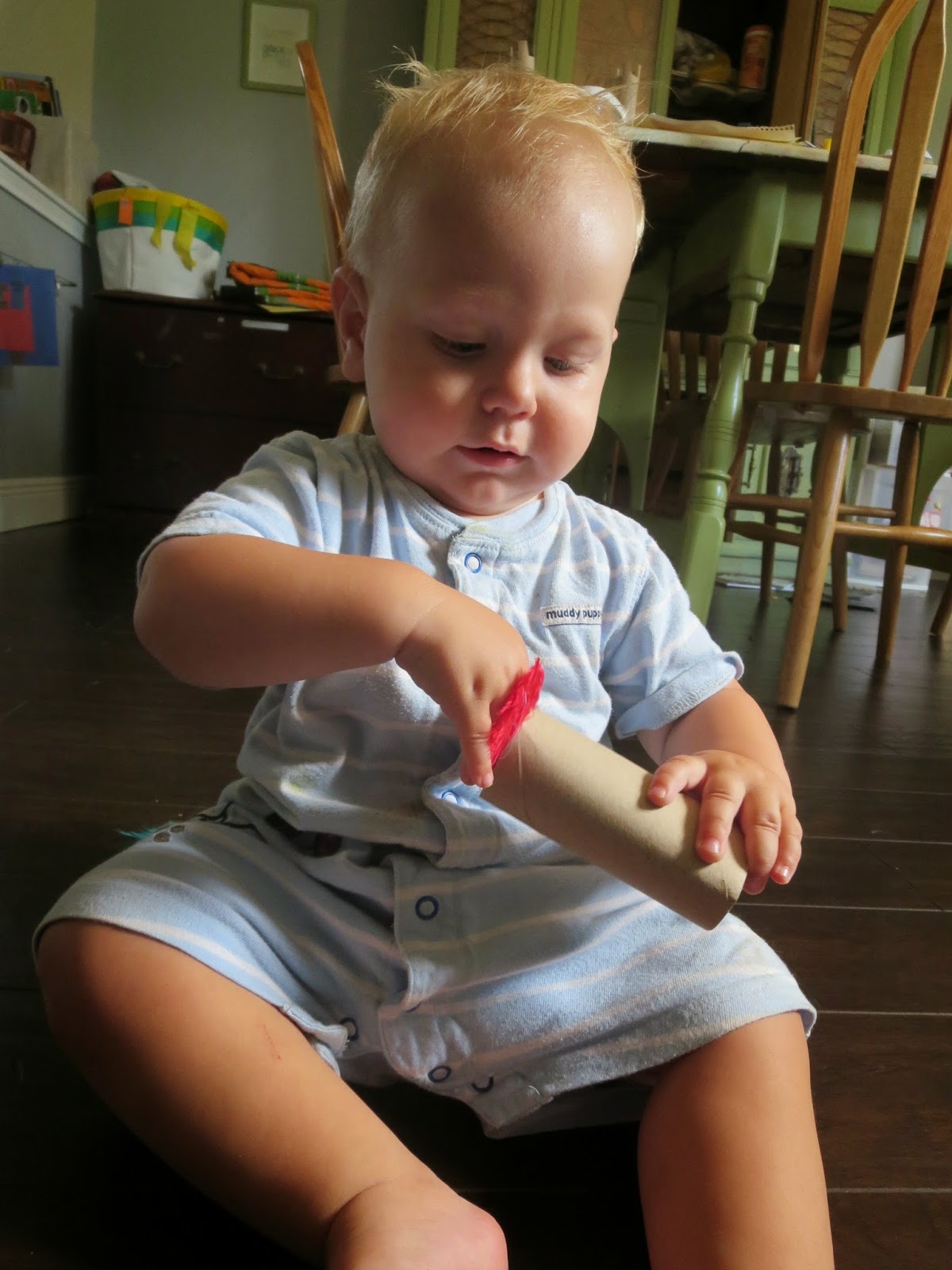 Gave him another tube to make it extra fun. 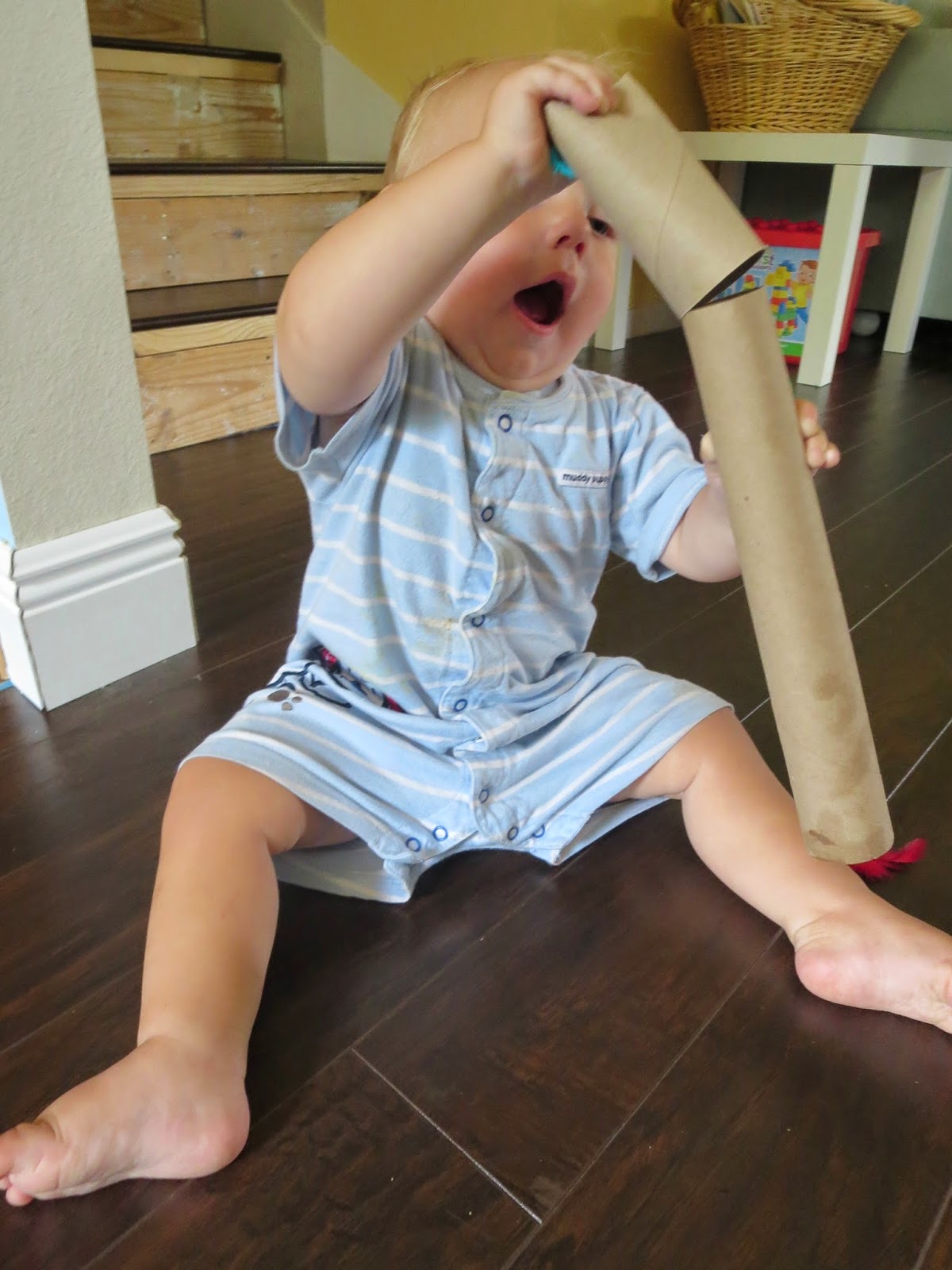 Then we just stuck our hands in it for some tactile sensory play.
Ok, maybe we just put them on the cat. 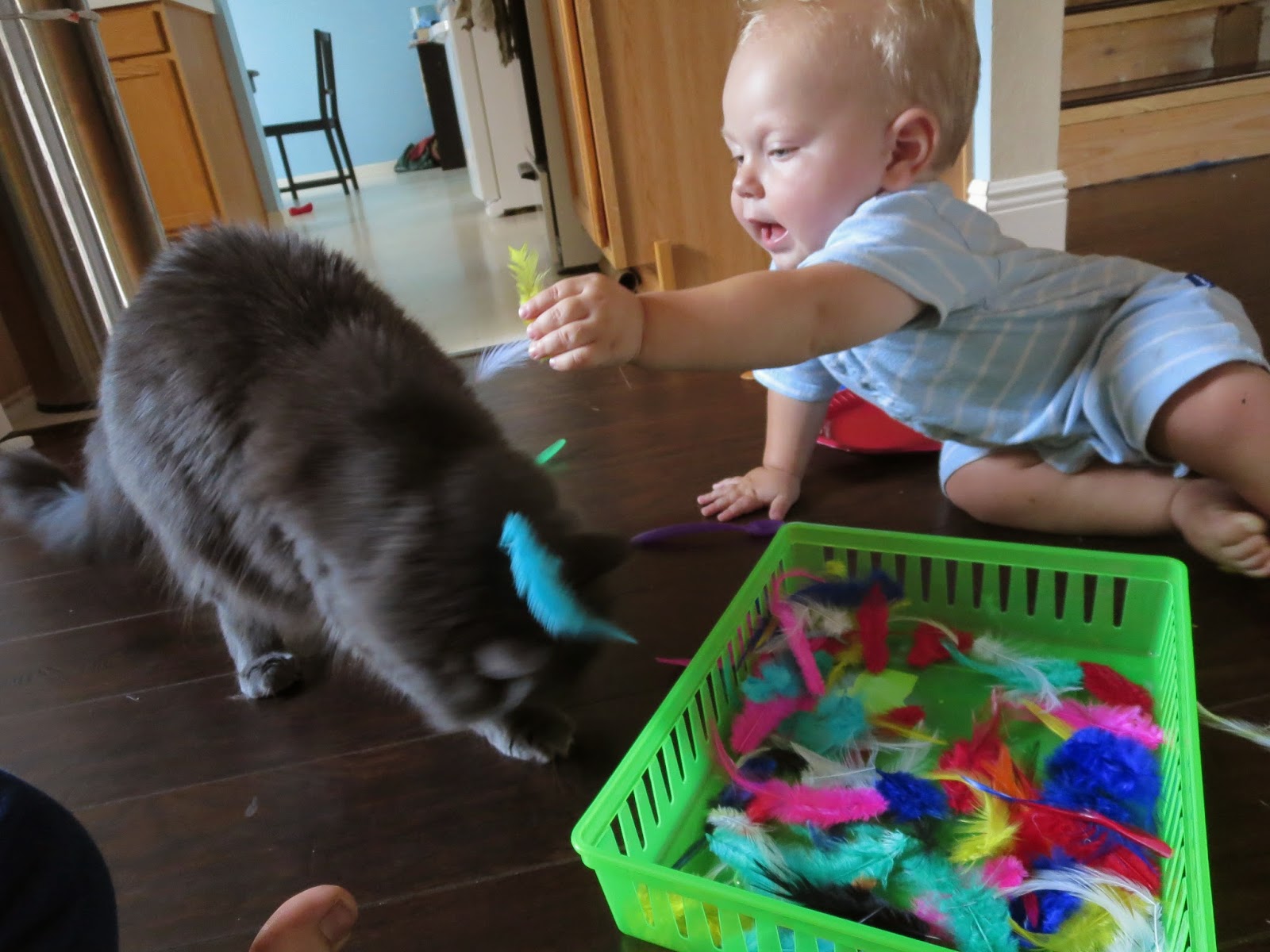 Then mommy lost her mind and started throwing them up in the air. You could see Lumpy’s little wheels turning as he watched them slowly returning to earth. 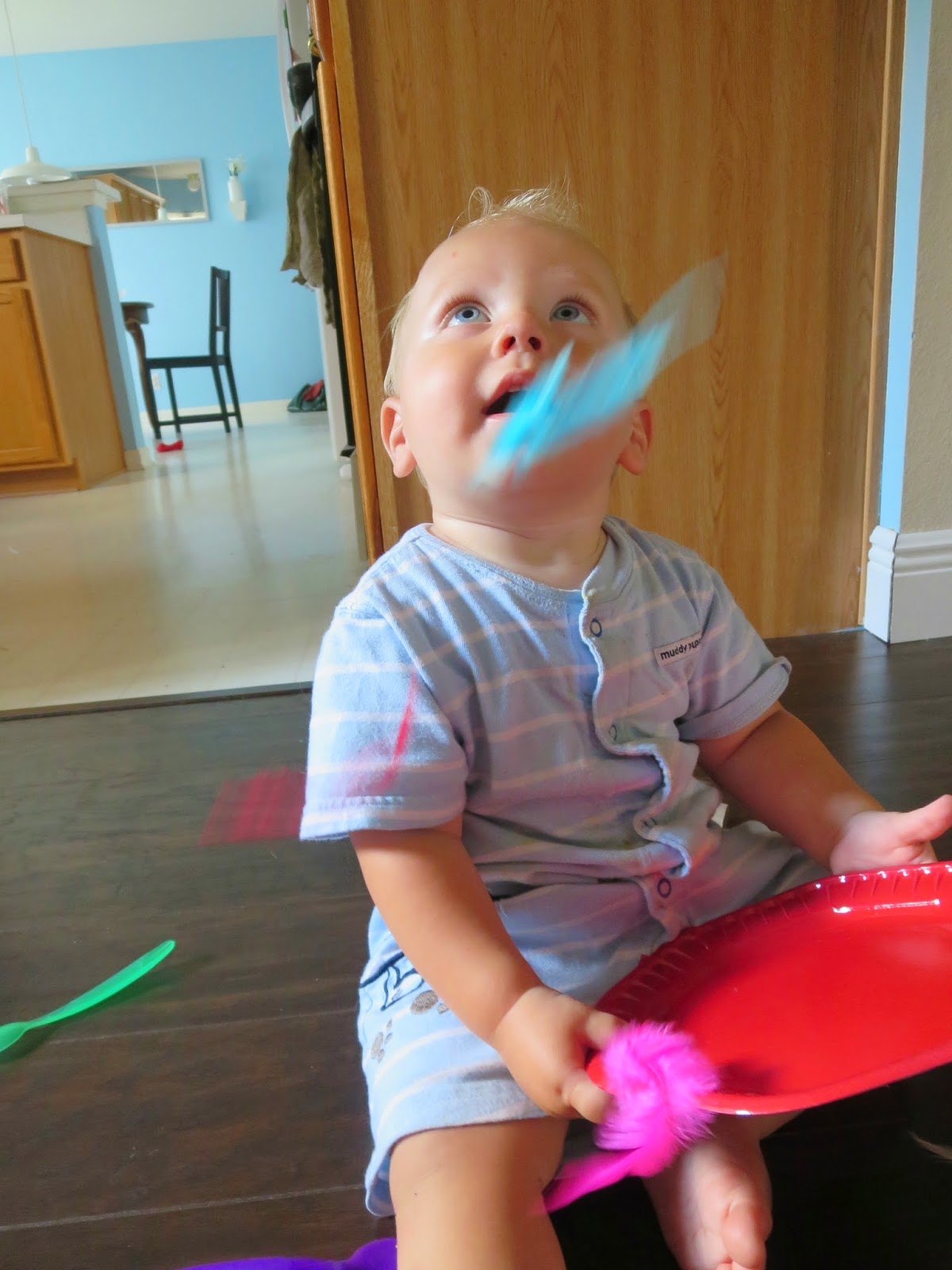 *Use your head, only give feathers to little ones that won’t eat them. And supervise!
Boasting In Weakness: Please note that my children are perfect and always clean up after themselves.
Or they make a mess like this. 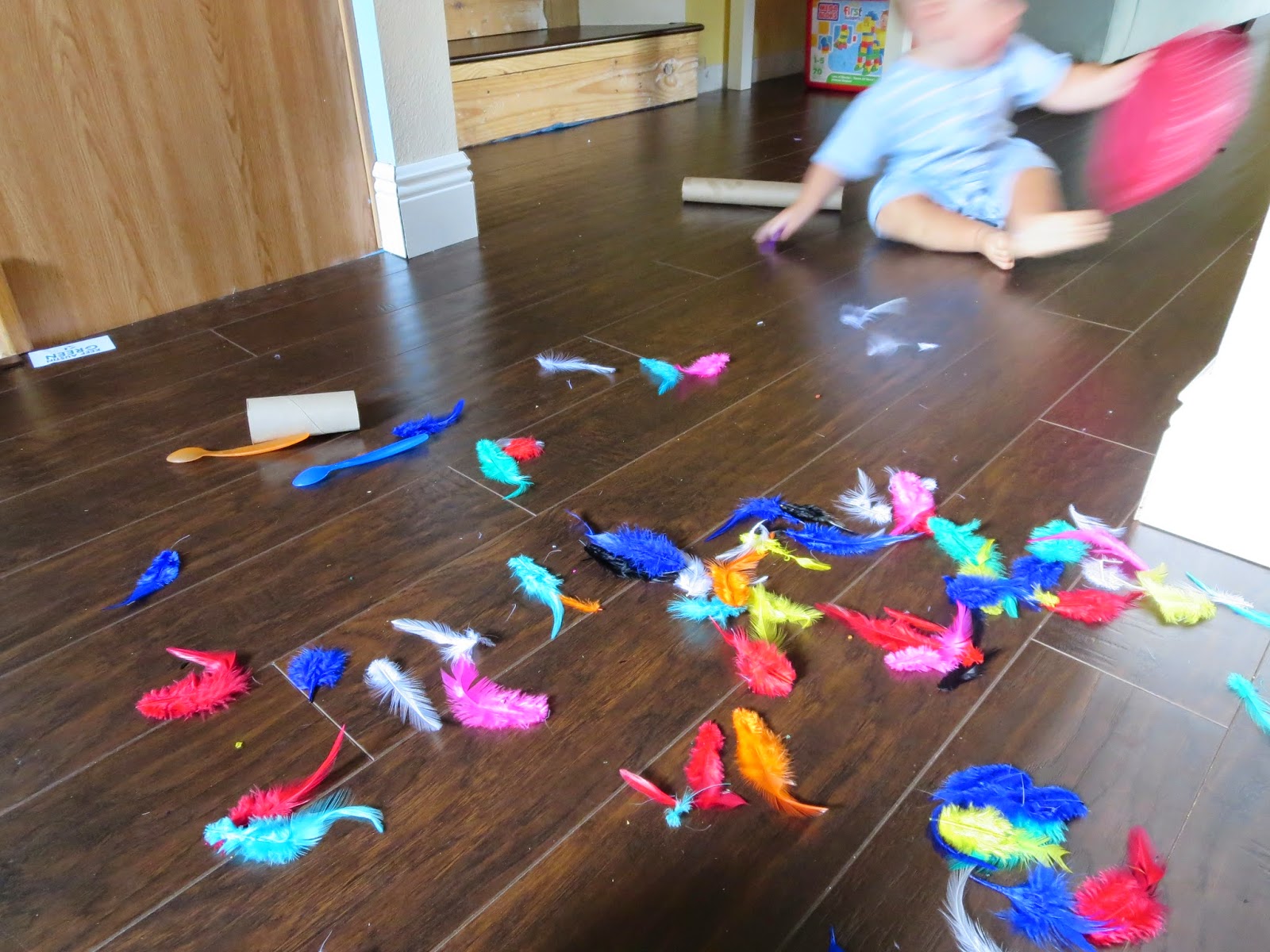 And while I’m cleaning that up. They’re occupying themselves like this. 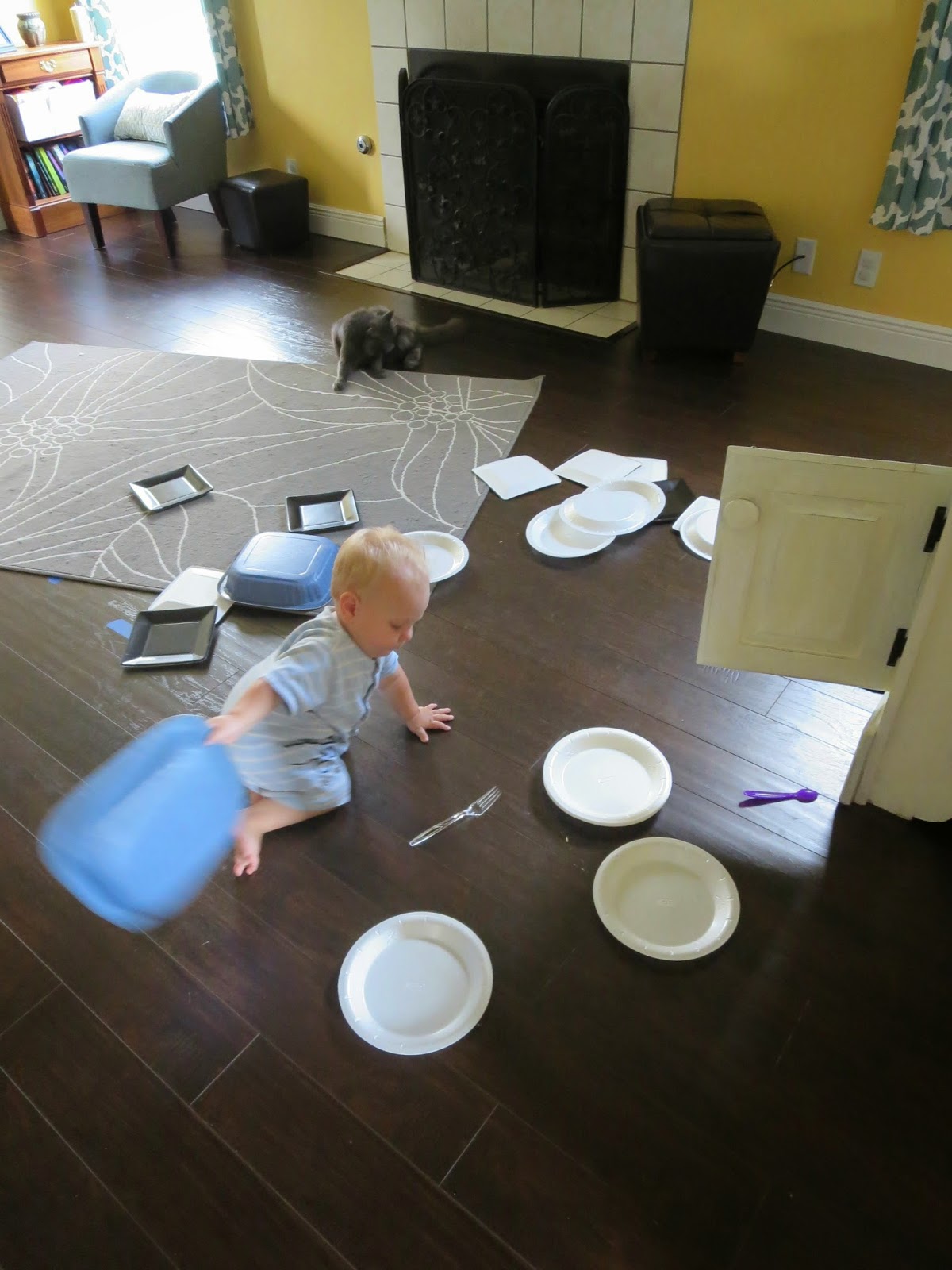 And so on and so forth until the day is done.