I’ve been doing some serious slacking in the science department of our preschool journey. I’m not sure why I put it off for so long. Most kids can’t get enough of the hands on learning and my son was no different. Our first science experiment was the classic sink or float test. 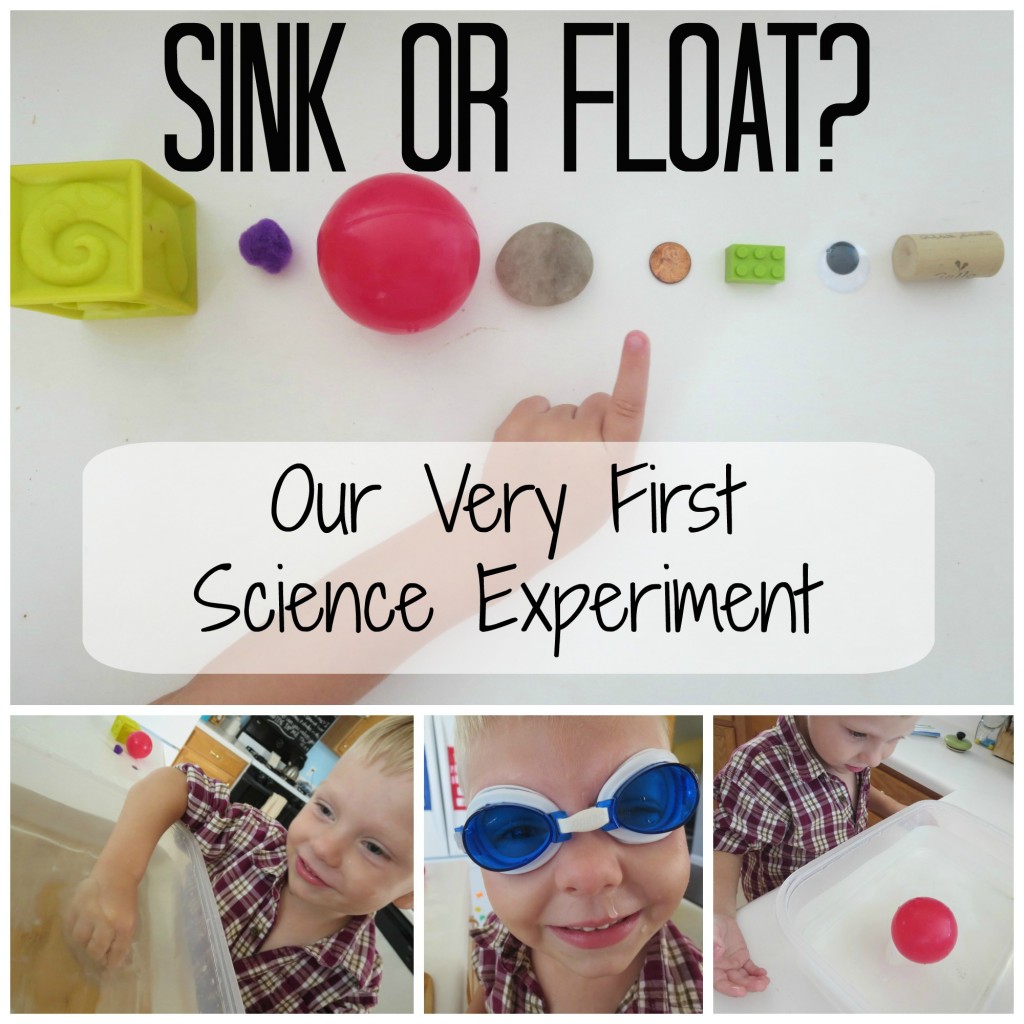 Gather up  a bunch of objects that will… get this… either sink or float. I know. Brilliant. 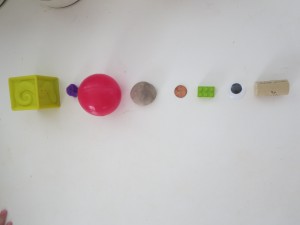 Then get a tub of water.

Don goggles (or googles as my son calls them). 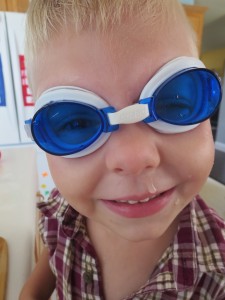 I wanted to introduce Loopy to the very basic basics of the scientific method. So we whipped up a chart to track our predictions and outcomes. It was all very exciting! 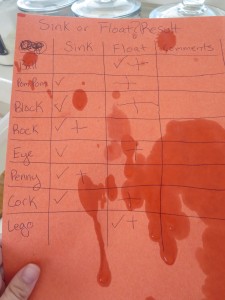 Um, maybe I should laminate it next time.

I loved watching his wheels spin as the more objects we tried, the better he became at accurately predicting the results. 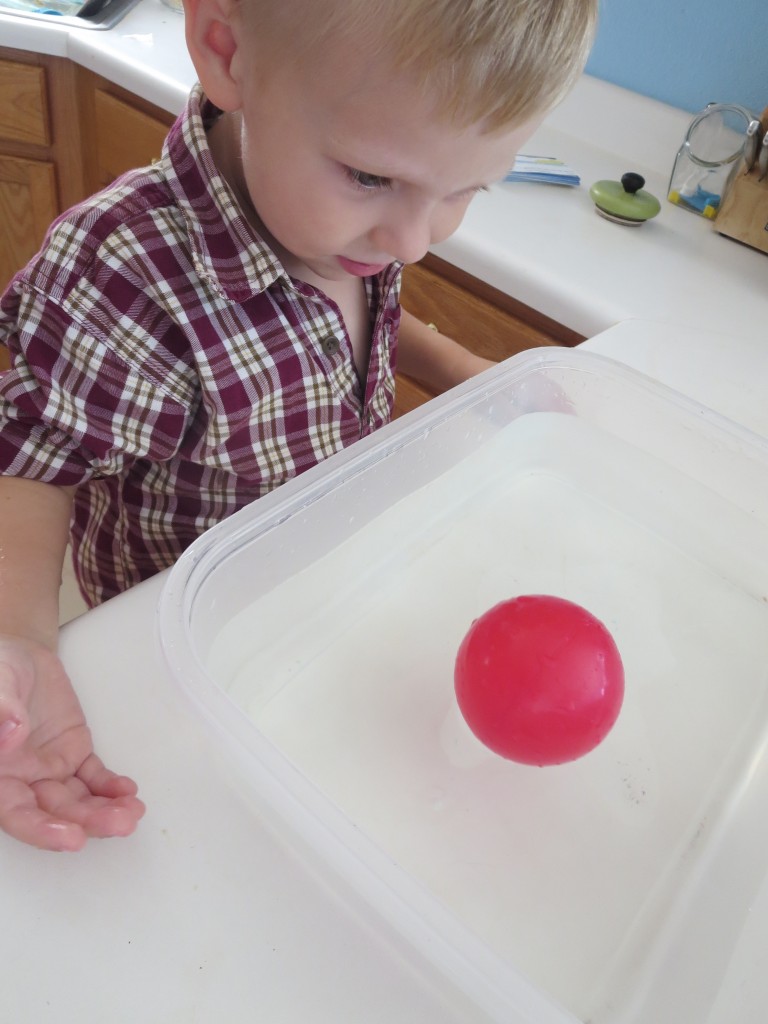 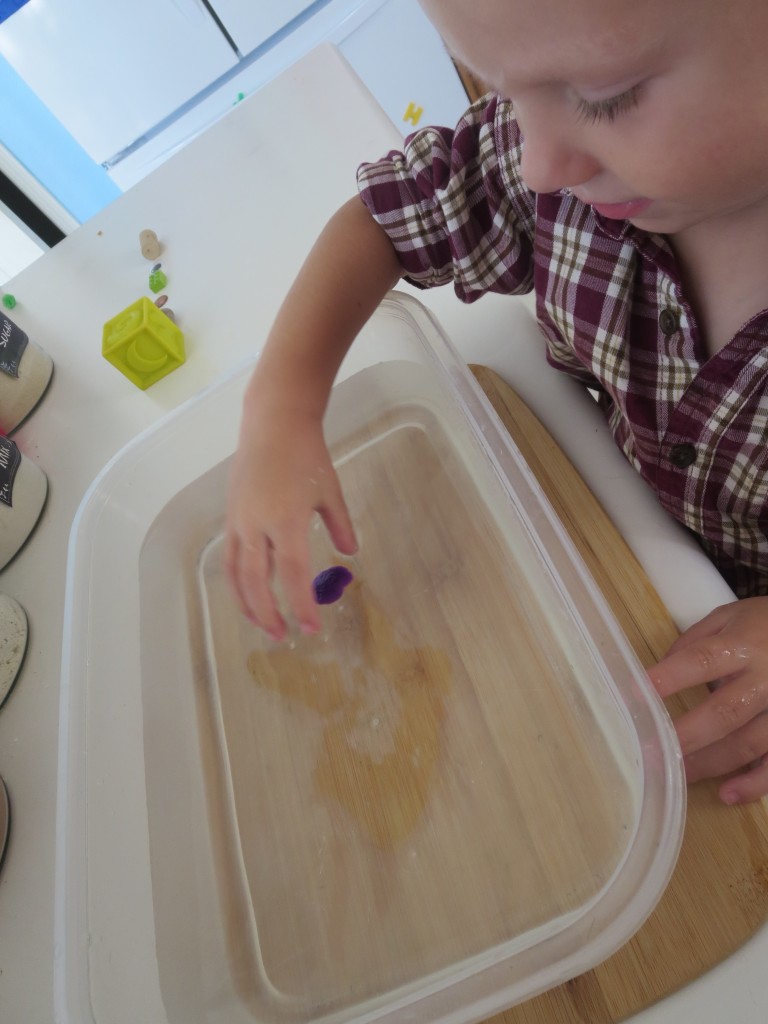 Eventually Loopy concluded that lighter objects float while heavier objects sank. Then I purposefully grabbed object to debunk that theory. When I started explaining water displacement, he decided he’d rather stick his head in the water. 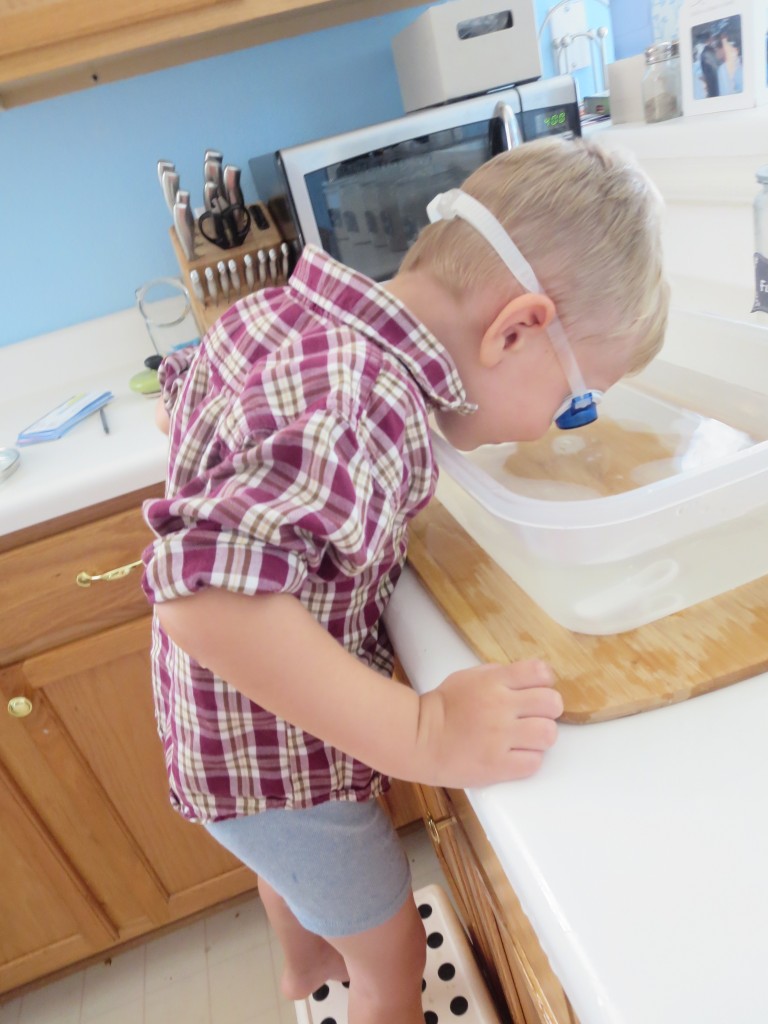 “Cool it, Einstein!” I said to myself and let him play.

Here’s his all the objects we experimented on, sorted by whether they sink or float. 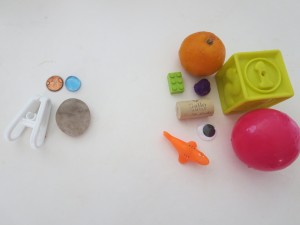 This was such a good first science experiment that Loopy wanted to do it again the very next day!

Join our Facebook community where we share lots of awesome content from all around the web. It’s a fun place and we’d love to have you join us.

Are you on Pinterest? Follow this one full of science experiments, or whatever other boards pique your interest!