If you’re a struggling sensory parent, this next post should probably be memorized. Everything in it is SO foundational to seeing dramatic improvement in your child’s life and bringing a bit of sanity back to your life. This amazing article has been written by my fellow sensory parent, Wendy Bertagnole. She has a great blog about SPD and real life. When she offered to write a guest post for me, I leapt at the chance to share her wisdom with ya’ll. 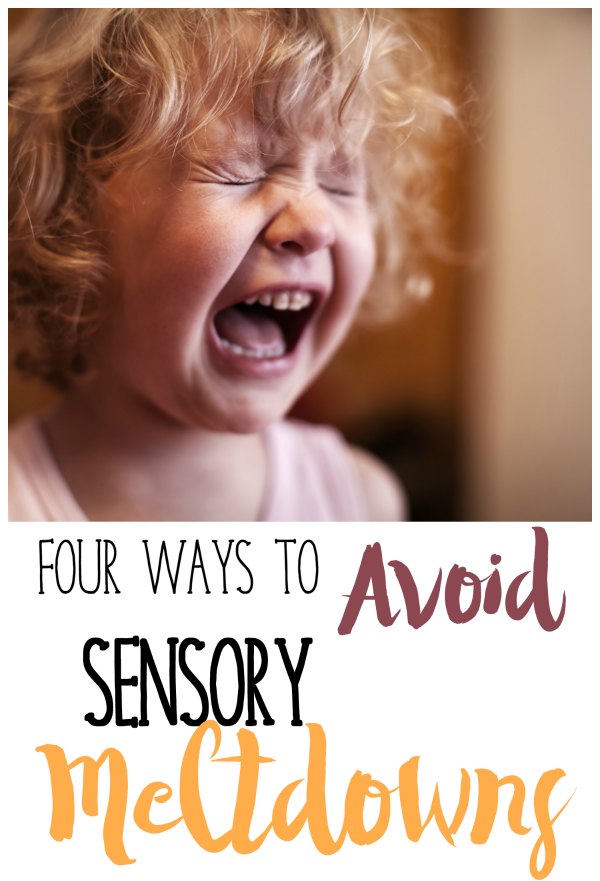 I can picture the exact look.

It’s that look that is the beginning of a sensory meltdown. The meltdown that consists of mammoth sized screaming, kicking, crying, and yelling horrible things for as long as his little body can possibly handle it. Sometimes 30 minutes, other times longer.

That entire explosion starts with that look.

The look that signals the beginning of the end.

That look that makes my heart sink every time, just knowing what we were in for.

That look that makes all my mommy radars go off and wish the world would stop turning so I could devote my full attention to bracing myself for the meltdown of epic proportions.

That look is one I’d do anything to avoid.

When my son was little, I would resort to anything to try to avoid those explosions and fits of screaming tears. You name it, I’d try it.

Distractions, I tried them all but soon realized it was exhausting to constantly try to distract my child from a problem that was never being solved.

Bribes, of course I’d offer chocolate or sugar in exchange for an afternoon without a freak out session, but of course that only led to a child on a sugar-high with presents it’s own form of craziness.

(Having trouble knowing what sensory activities to do in which situations? Need help understanding how the senses affect daily life? Snag some FREE printables and get access to the VIP section of the blog by clicking here!)

Timeouts, sure thing, but getting my screaming, flailing child into time out was a ton of work, and keeping him in there was even worse.

Threat of punishment, I’m not a huge fan of punishing, but of course I tried it. I would threaten the end of the world if it would give us a little peace, but it always seems the more I threaten, the more he raises in revolt or threatens back.

Failing wasn’t an option so I went in search of more effective ways to avoid these hard times that threw us all off. After reading several books I found the 4 easiest things to help me avoid these sensory meltdowns more often than not.

Nothing is fail-proof, but these are as close as I’ve ever found and don’t leave us feeling awful afterwards. In fact, by doing these I find myself more connected to my son. I also see that he is more likely to adhere to my expectations and rules. And, best of all, I see that look so much less now, which makes my heart sing! 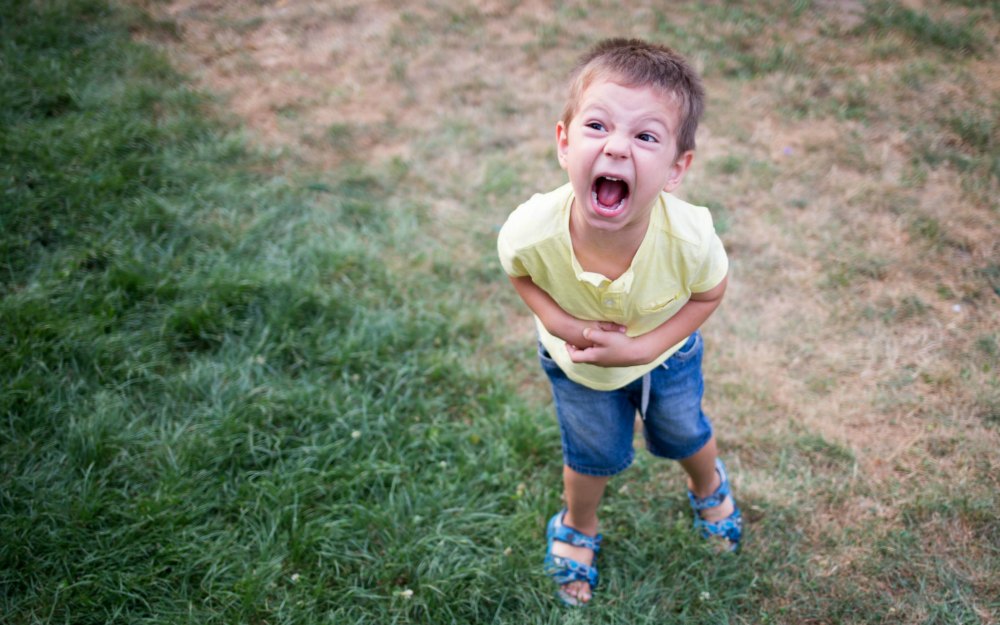 4 Ways To Avoid A Sensory Meltdown

Thinking back, I realized that so many meltdowns started with a resistance to my statements, which to my kids always seem like a command. I’d tell my son to put his shoes on, buckle up, or do the dishes, and within a few seconds I’d see “the look” which led to lots and lots of tears.

While I still have expectations for my son and hold him accountable for them, I have found that by asking a guiding question, he doesn’t feel pushed by my statements of telling him to do something, and doesn’t have the need to push back to fight for the power.

Instead of saying “go put your shoes on, we are leaving” I turn it into a question “we are leaving, what do you need on your feet?” He still has an expectation to live up to, but phrasing it this way FEELS like he has all the power, which helps him be responsible for his actions.

I have learned the hard way that the questions I ask have to be very specific. They can’t be yes/no questions. They need to be open ended, and need to start out with a statement of my expectation.

The first week of kindergarten was a rough one in our home. After daily meltdowns from my sensory kid, I realized I hadn’t done a great job in helping him know what to expect. He was entering a place that was completely foreign and unpredictable and couldn’t handle the pressure.

The world of a child with sensory differences is unpredictable and unstable. Transitioning from one environment to the next brings new and potentially threatening sensations that are rarely in their control. Dealing with such unpredictability is stressful and causes a lot of anxiety in sensory kids. Anxiety and stress lead to the look more often. The way to get around that is to provide predictability as often as possible.

I started talking to my son about his day at school. Before bed I would tell him the events of the next day, and that morning I would review those. We now do the same thing before going to the grocery store, to a church event, or anything else for that matter.

When I take a few minutes to let him know what he can expect, he is able to prepare his body and sensory system for that experience and as a result we don’t end up with a meltdown.

Our first time taking my son to get a haircut at the salon went seemingly well, until he stepped foot in the car to go home, and he melted down for the next 30 minutes. His sensory system was on overload and I hadn’t done anything to support it at all.

To avoid that happening again, we’ve implemented a simple sensory routine before, during, and after each haircut to make sure his sensory system is as regulated as possible at every stage of the haircut. Before going we do a lot of jumping on the couch, playing at the park, or whatever proprioceptive activity we can easily do. During the haircut he sits with a rice pack on his lap to add a bit of calming stimulation. Afterwards he knows he can go straight home and take a shower then a bath to get any “tingly” or “itchy” feeling off his skin right away.

By supporting his sensory system at all stages of an otherwise difficult situation, my son now goes to the hair cutting place without the feelings of stress or anxiety, and the look is completely avoided.

Sensory kids are said to be more sensitive. They seem to cry, whine, or stress out about things other people might consider minor. It’s so easy to tell a child “it’s ok” or “it’s not a big deal” or “don’t worry about it” but the problem with all of those statements is that they overlook how your child is actually feeling.

Feelings are different for us all, what upsets one person might not upset another. For kids with sensory differences, things can be more emotional, and that is ok! It’s not our job to convince them they shouldn’t feel those feelings, but rather show them how to work through those feelings. To do this, those feelings have to first be validated.

I had a friend tell me once that if a child feels “heard” in the beginning stages of a frustration, they don’t have the need to get bigger, louder, and more explosive to get the help they are seeking.

After hearing that I tried it. I saw my son starting to cry about something that I felt was trivial, and instead of ignoring it or brushing it off, I went to him, made eye contact, and said “I can see that you are upset.” He didn’t immediately calm down, but the crying never escalated. We were able to then resolve the situation so much easier as it opened the door for a connection to be made between the two of us. Now when I say those words to him, he gets a different look in his eyes, one that says “I need help, I can’t do this on my own”, and usually ends with him fully wrapped up in my arms as we tackle the problem together. The difference is huge.

Not every meltdown is avoidable, especially for a sensory kid. That is life. But, when I see that look, my heart doesn’t start to sink right away as I now have these 4 things I know I can rely on to help shorten the explosion or avoid it completely. As a result, we have fewer meltdowns, and more connection as we work together to deal with the stresses and frustration of being with a sensory kid.