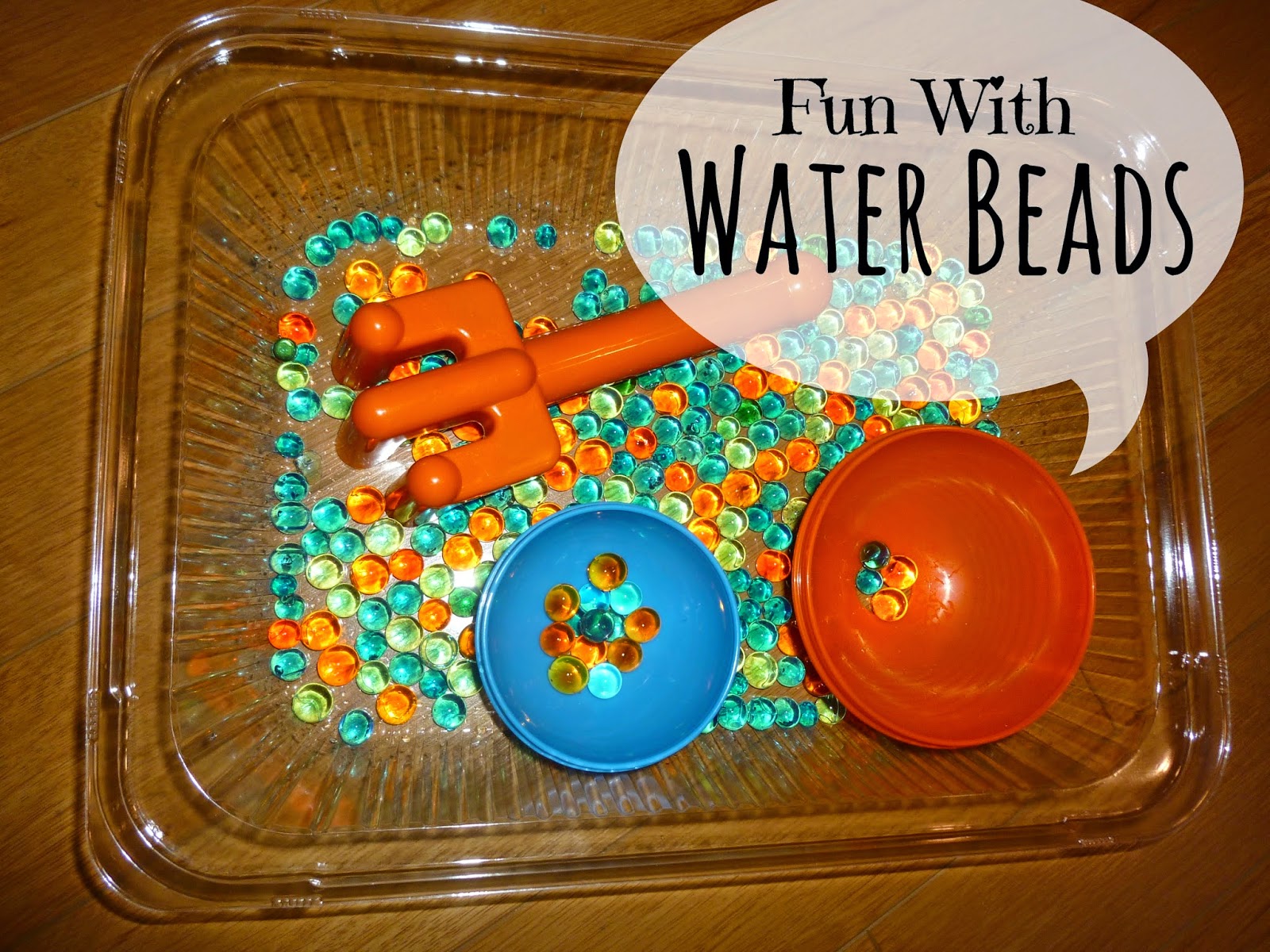 I’ve been seeing these awesome colored beads all over pinterest. I thought they would be a lot of fun to play with either as a sensory experience or coupled with a light table. I found these in the floral section at Walmart for $2 a pack. I barely used a third of them, and look how many there are! 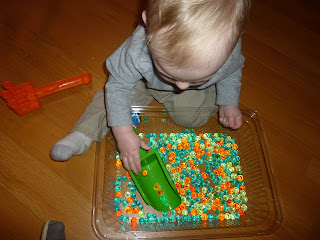 Loopy could not get enough of these things! I’ve gotta admit, they were pretty addicting. They’re squishy, bouncy, and a little bit slimy. We scooped, raked and squeezed them. I had to watch each and every one that got away because I was fearful that Loopy would find them later and choke. 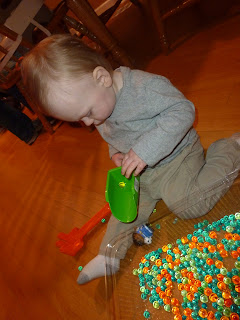 After 30 minutes of exploring, it was time for bed. Someone was not very happy, but we’ve played with them every day since then! Totally worth the money. 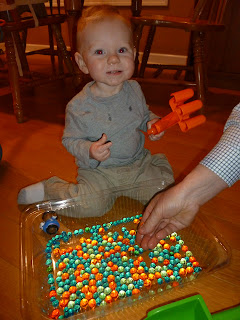