I’ve never. I repeat I’ve NEVER stuck to a budget for a full month in my entire adult life.

I know, how irresponsible of me!

No matter the amount of guilt nor will power, I just couldn’t seem to get my act together. I’ve made many attempts, but I’ve always failed to stick to a budget. 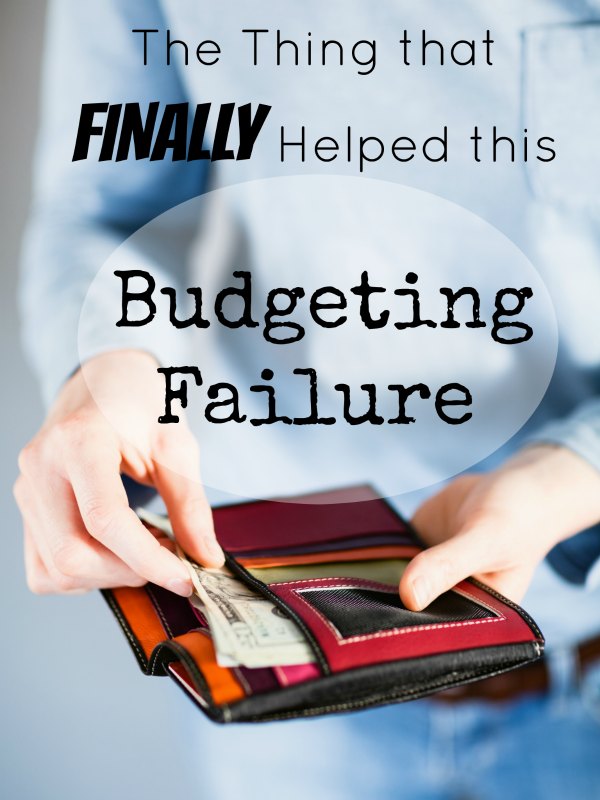 It’s not that I’m extravagant. In fact, we live quite frugally. No TV here, my husband still has a flip phone and nearly all our clothes are bought second hand and then worn for ten plus years. (Ok even I think that’s a little extreme!)

But budgeting has never become a habit for me.

I’ve got my reasons

We earn an irregular income. We’ve never had a consistent pay check for any part of our married lives. At times we were dependent on donations while we were in ministry, and now my husband is in a field where he’s entirely paid by commission. I also earn money from this blog, but it’s also quite irregular.

We’re in debt. It’s embarrassing to admit this publicly, but yes, we’ve wracked up a bit of debt these last few years. We’ve been woefully under employed, we’ve had some medical set backs, and like I said, we suck at budgeting!

I hate numbers, cash, and am SO NOT type A. Every time I’ve tried to be disciplined in this area I end up with a migraine. If it’s not easy, it just doesn’t happen because I working with money.

It’s not like we didn’t do our best. We tried spreadsheets, we tried cash, we tried online budgeting tools. But nothing worked.

That all changed when we started using “You Need a Budget”.

Their approach is different. YNAB online tool and app uses an approach called budgeting to zero. Every single dollar is given a “job”. Not just the money that you earn in the current month, but ALL the money you have to your name. So traditional savings accounts are no longer necessary.

I used to look at my savings account, see a decent balance and spend the money on something not realizing that the money really needed to be saved for something more pressing like a random car insurance bill or something.

Giving every dollar an assignment prevents this from happening. It took me a while to become comfortable with idea of budgeting to zero. It seemed like I wouldn’t have a cushion if something unexpected were to happen.

But that’s where rolling with the punches comes in. When ever more money is spent in a certain category than you had budgeted, the column turns red and you have to make up the deficit by pulling funds from another category that still has money available.

It’s simple, quick, and keeps you on track after the inevitable upsets.

You Need a Budget.com doesn’t expect it’s users to like budgeting or know the first thing about numbers. In fact, they assume that you’d rather be doing anything else. So they make their articles and video tutorials easy to understand and hilariously sarcastic. They’ll help you wrap your mind around a new way of thinking that will get you on your financial feet in no time.

Their app on both iOS and Android is convenient and keeps me entering every transaction, every time. I love that as each random paycheck comes in, it immediate goes into my budget where I then assign it a job, no guessing what I’ll be making, no unreasonable assumptions.

I was giving a free subscription to YNAB for writing this post. However, I approached them with this proposal after trying their free trial and falling in love with the program. Finally something is working for our family and I hope it works wellfor you too!