My three year old has an aversion to putting pen to paper. Even making an “X” takes an exceptional amount of concentration. He has Sensory Processing Disorder which, believe it or not, effects his ability to write and draw. I can’t believe we’re already at the point of tears and we’ve barely even started this journey called education (alright, at least formal education.)

I’ve been trying my best to come up with fun ways to get Loopy to at least mimic the shape of two basic letters; “X” an “O”. We’ve used bingo markers and shaving cream smeared on a mirror so far. 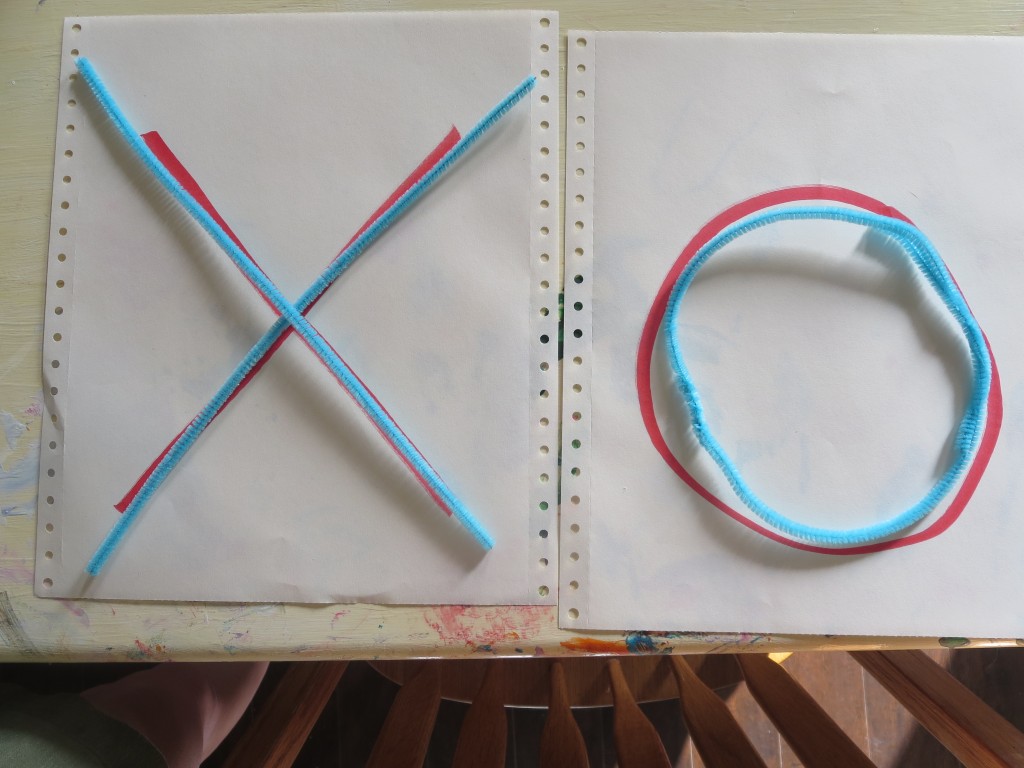 Draw the letter or shapes that you want your child to imitate on a piece of paper. Have the child fashion pipe cleaners in to those shapes. 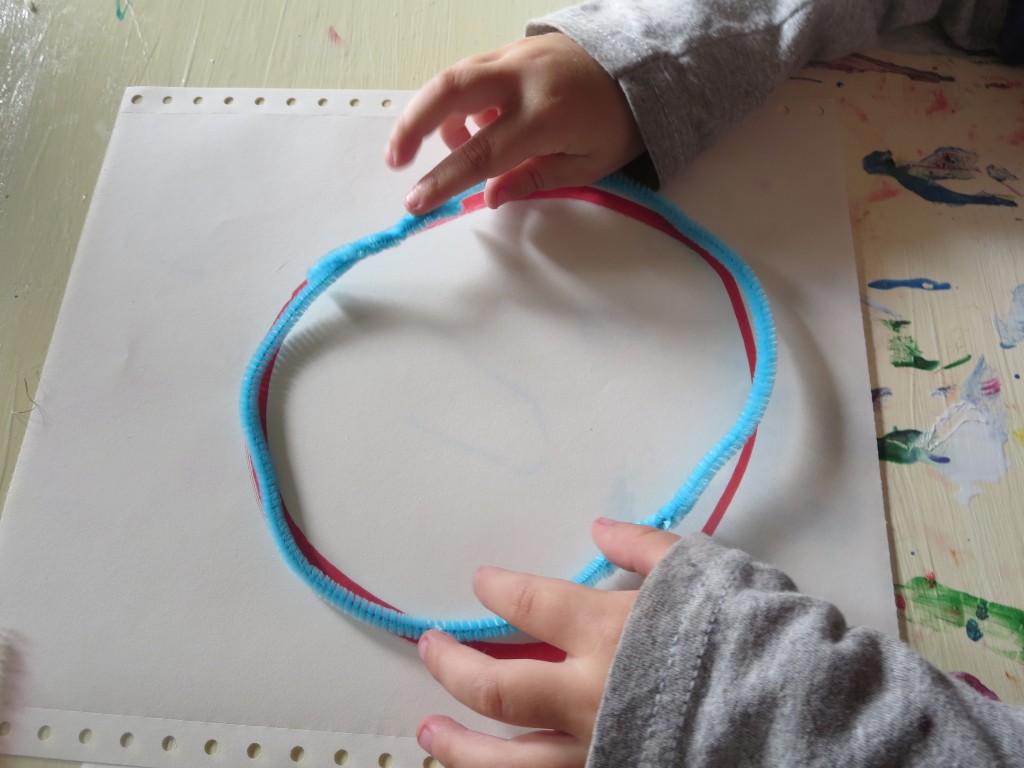 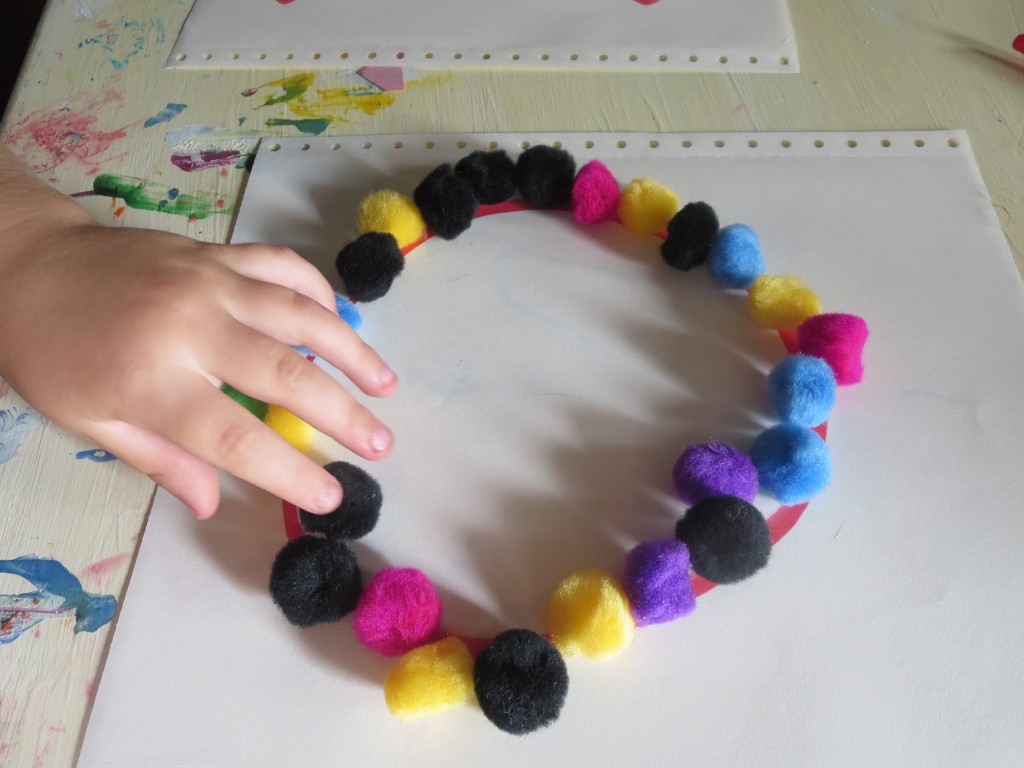 With the same piece of paper, use colored pom-poms to make fuzzy letters. 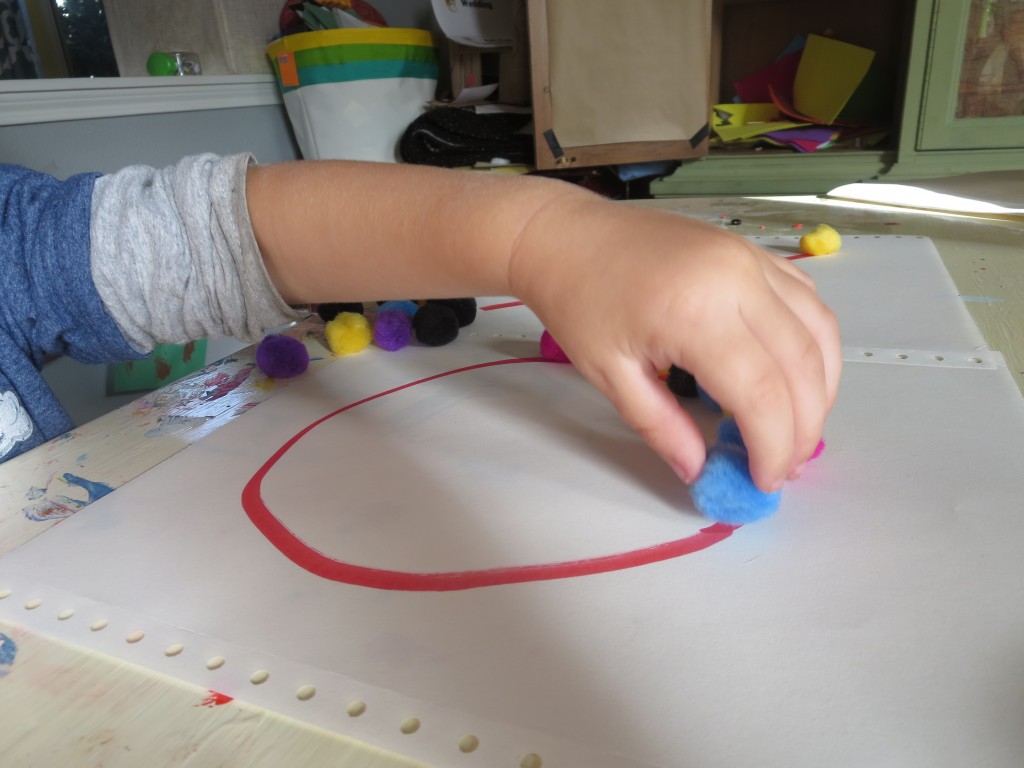 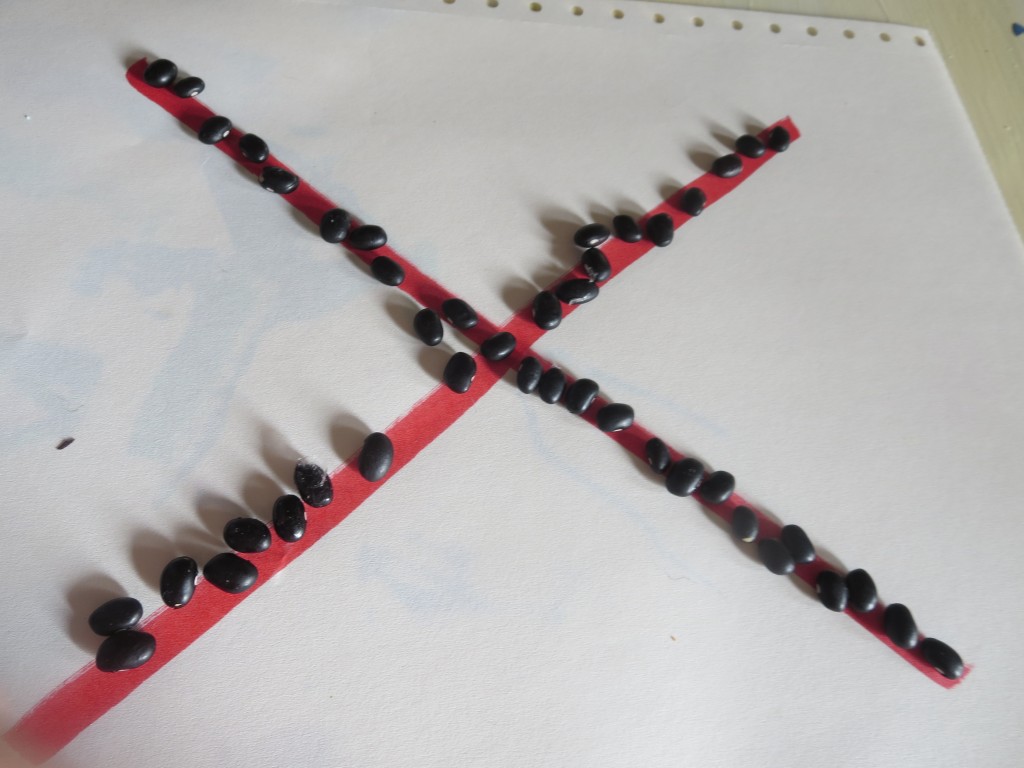 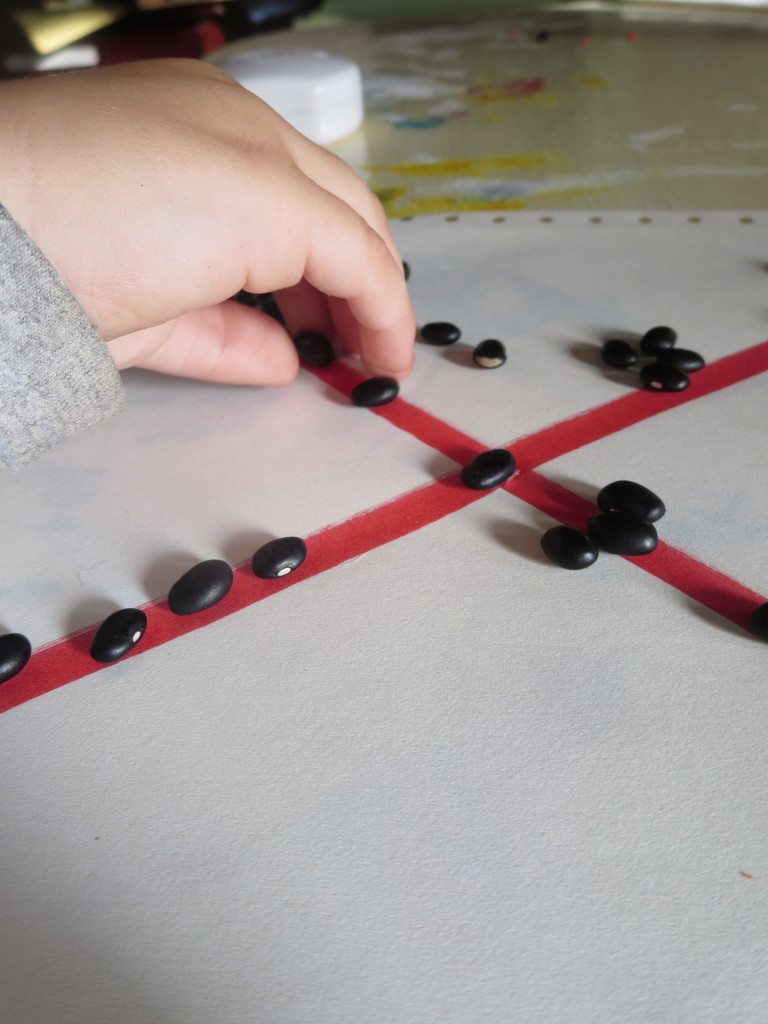 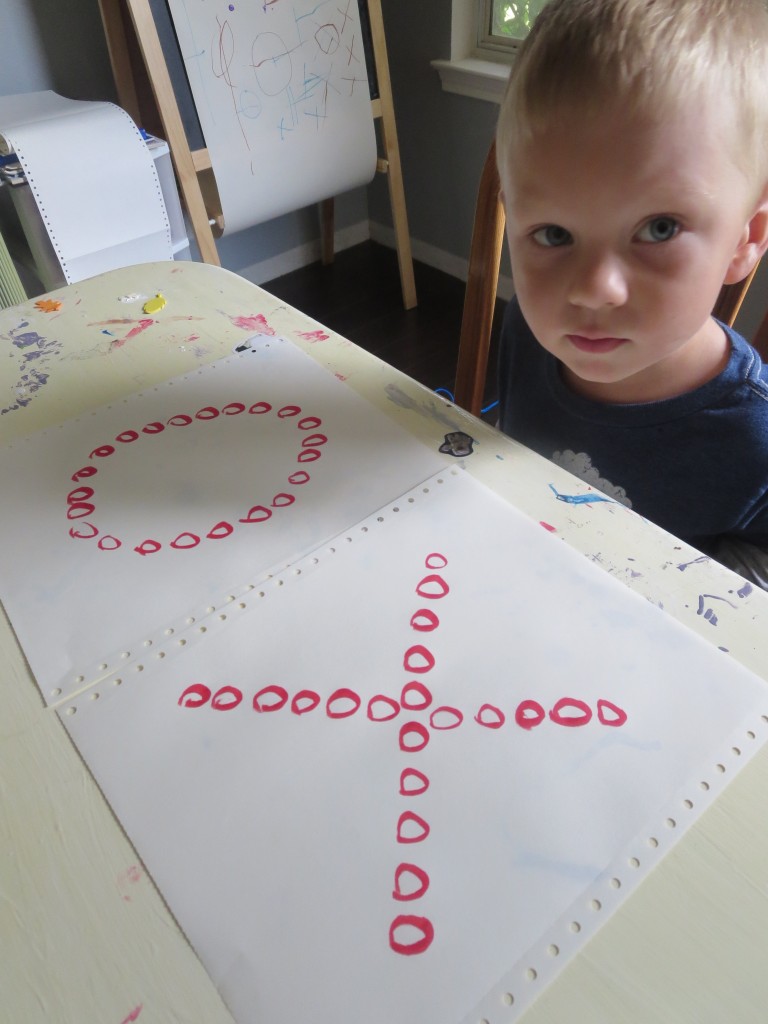 This time I made the letter shapes with small circles. Loopy was encouraged to place the beads in the circles IN ORDER. 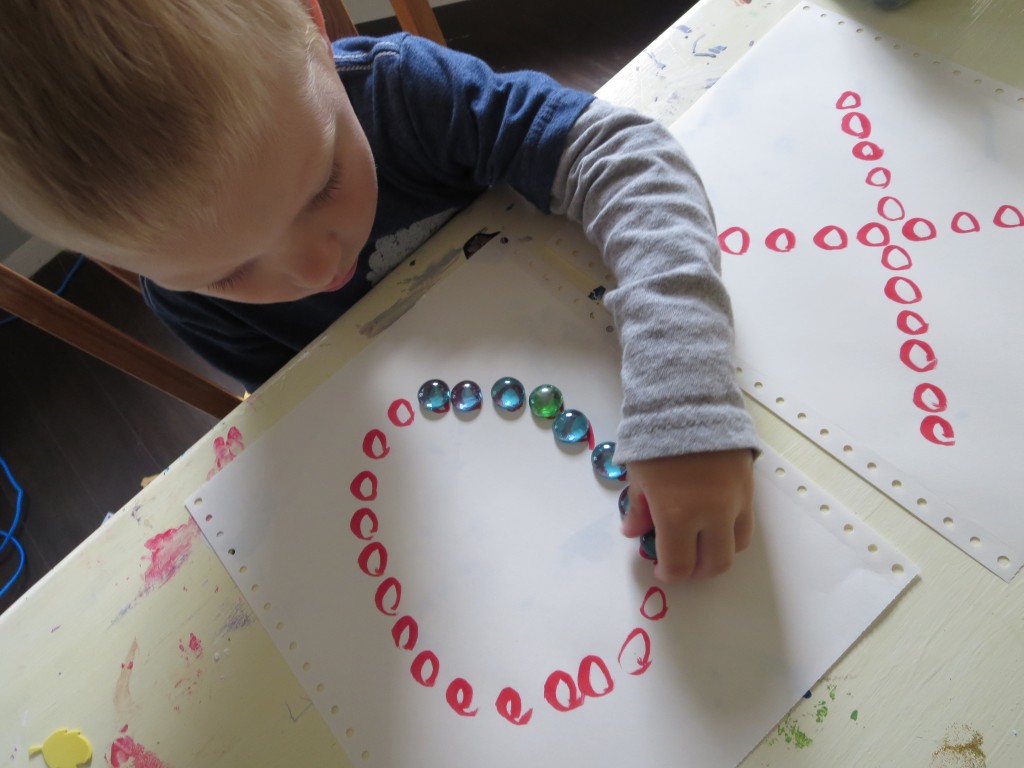 This was the first letter shape’s activity that didn’t feel like pulling teeth. In fact, Loopy suggests the last manipulative for tracing his letters… 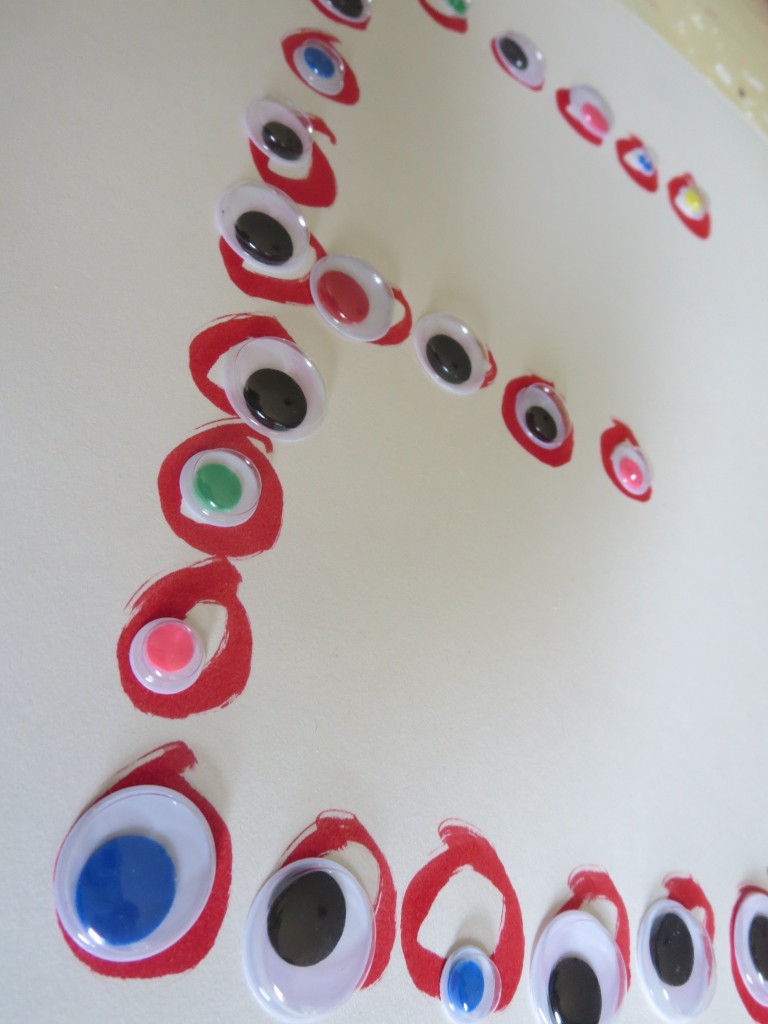 Same procedure as the glass beads. Don’t forget to have fun and cheer on your little writer! 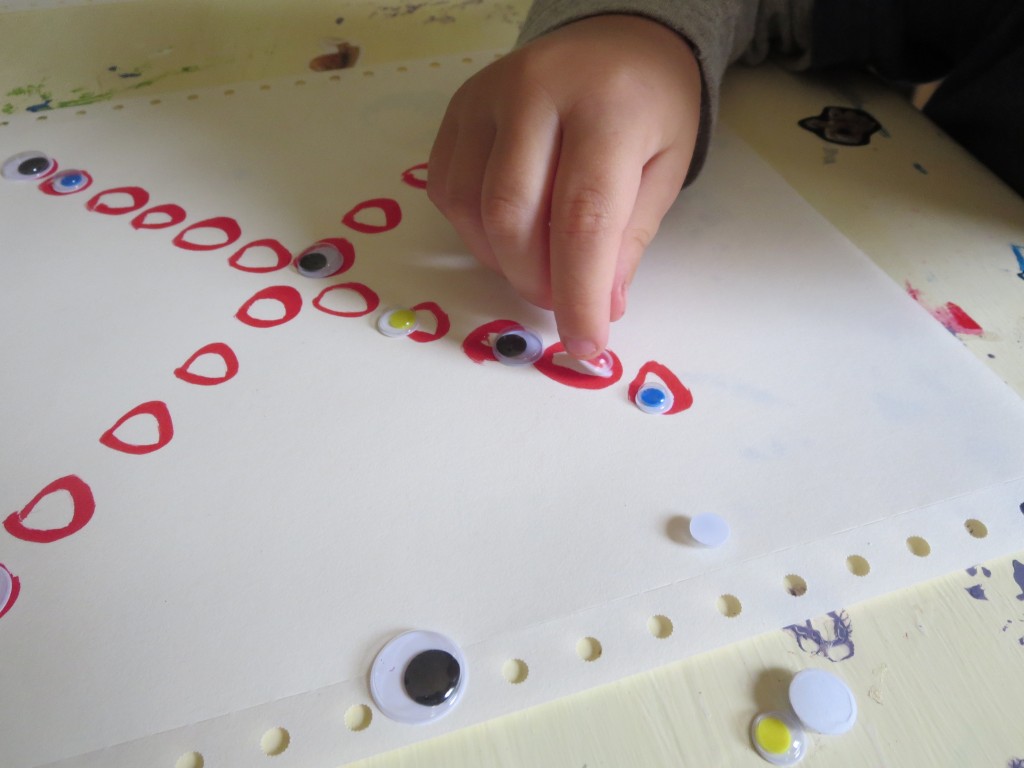 What about you? Do you have a child that doesn’t like any sort of “handwriting” assignments? How did you get them to try new things?

If you want to be sure not to miss a post, the most reliable way is to sign up to receive an email. Whenever a new post comes out, you’ll receive a beautifully stylized email with an excerpt from each new post. You can just click on whatever interests you and you’ll be taken to that post.

Fear not. It’s free and spam-less.

Go ahead and stick that email address down below. Thanks for stopping by!