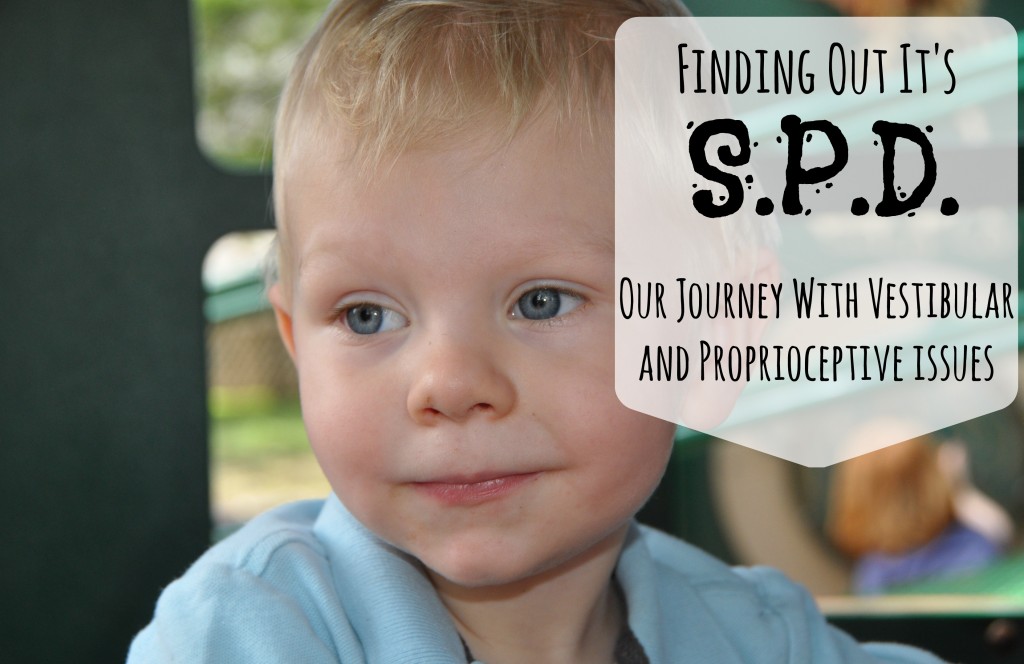 “Sensory” is quite the buzz word in early education these days. Maybe you have heard of Sensory Processing Disorder. I used to think that all it involved was kids not liking certain sensations on their skin, like squishy things, or wet things.  It’s actually far more complicated.

My kid didn’t fit into THAT category! Phew! 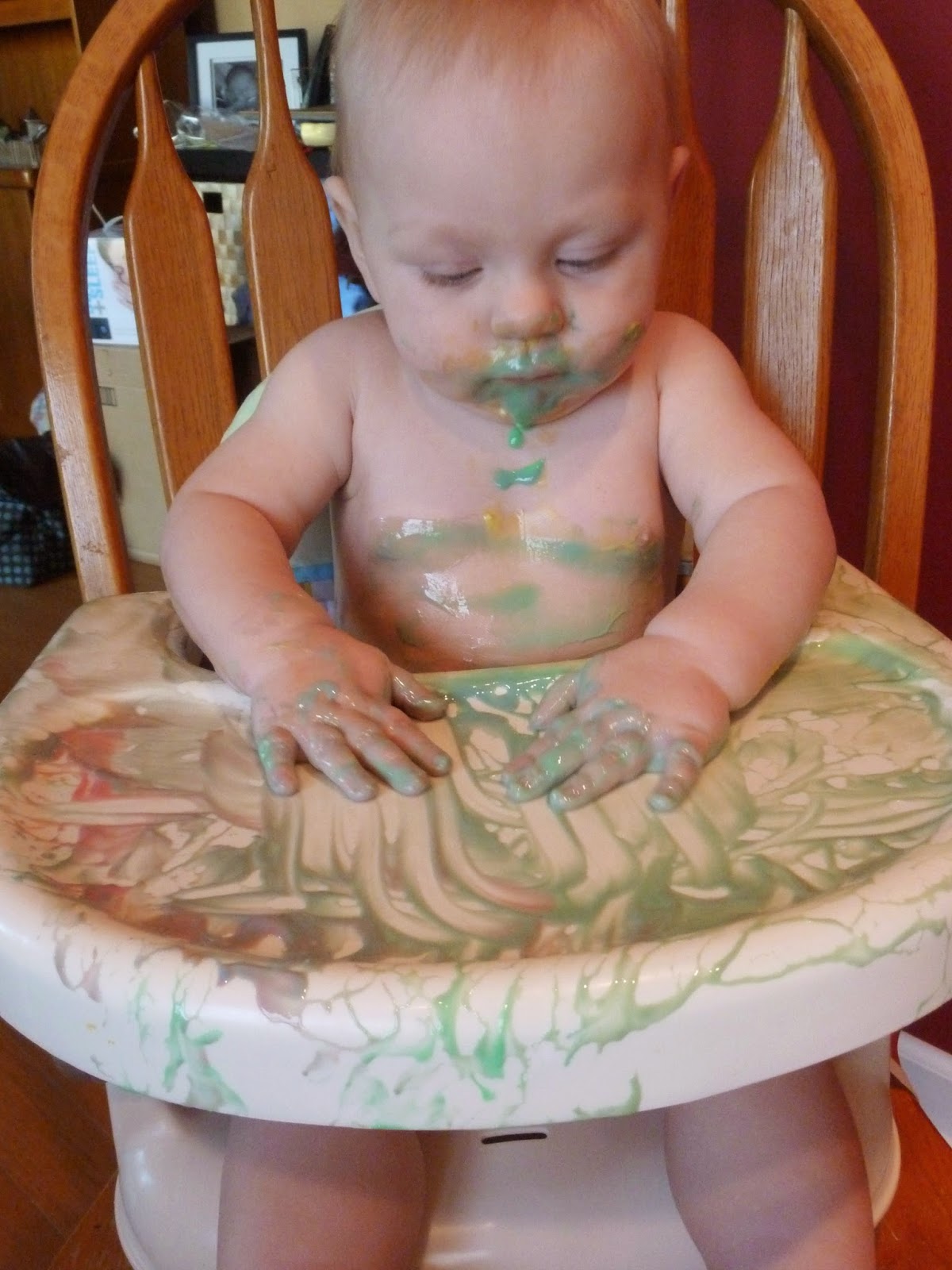 Then, last summer, things went south for Loopy.
He became fearful of public situations. Total panic.
He acted like a caged animal during bath time. Incredibly dangerous.
He lost it during any kind of transition from activity or place. Especially waking up or changing clothes.
He didn’t want to do the things he used to love. He wouldn’t even leave the house for ice cream. 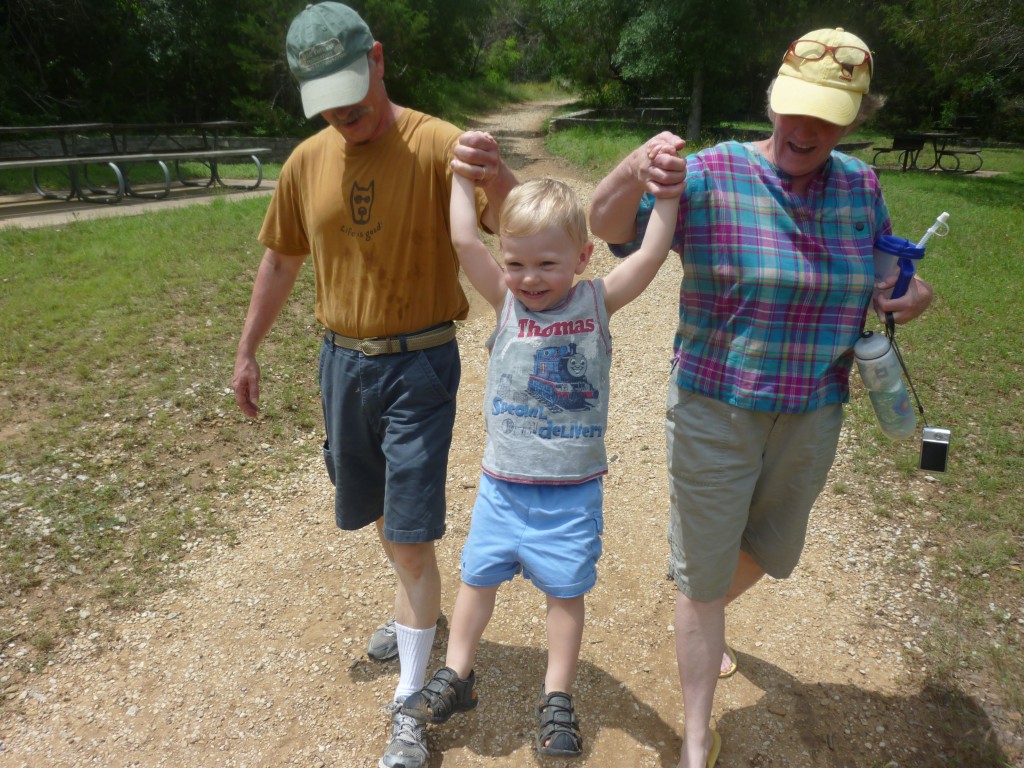 Our little guy was miserable and so were we. A million causes were running through our minds. The terrible twos… Allergies… A scary experience… Night terrors… New baby brother and new house… It’s just a “kid” thing…
But eventually my mom convinced me to have him evaluated by an Occupational Therapist (my mom is also in that line of work.)
She said our son had vestibular (inner ear) sensory issues that caused gravitational insecurity. It also effected his ability to distinguish background and foreground noise. 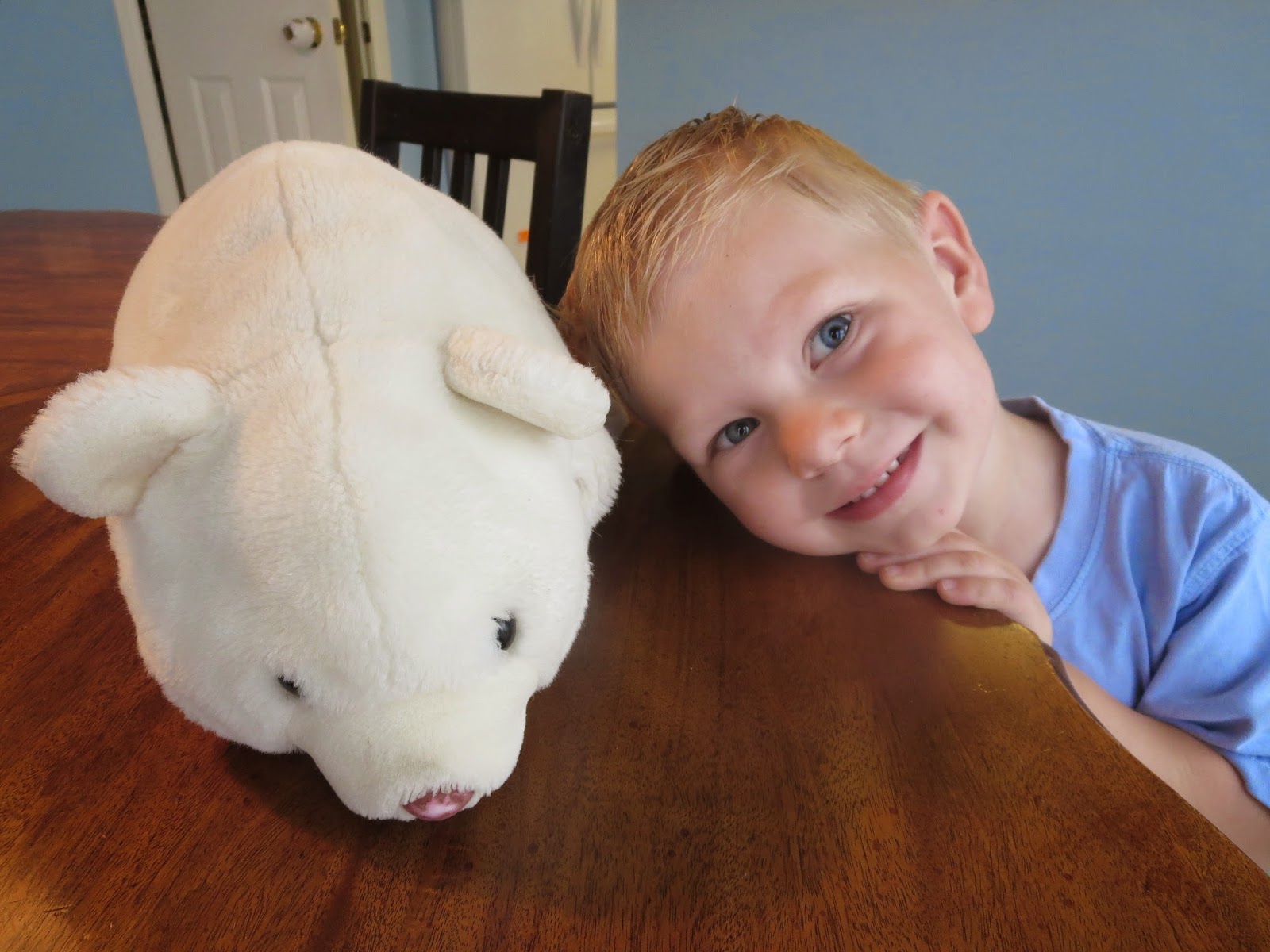 Now his aversions started to make sense. Bath time was hard because he felt like he could slip and he hated tipping his head back. Public situations were scary because he couldn’t always hear mom’s voice over the background noise. Playgrounds were no fun any more because his body seemed out of control.

The O.T. told us that Loopy tries to regulate all this input by seeking strong, firm, proprioceptive input. What’s that? It’s the sense that is tied to joints and ligaments. It gives you body awareness, even when holding still. It makes perfect sense that he’d desire that if he had gravitational insecurity.
This manifested itself in many peculiar behaviors.
Remember, he seeks strong, firm, pressure and jarring movement. 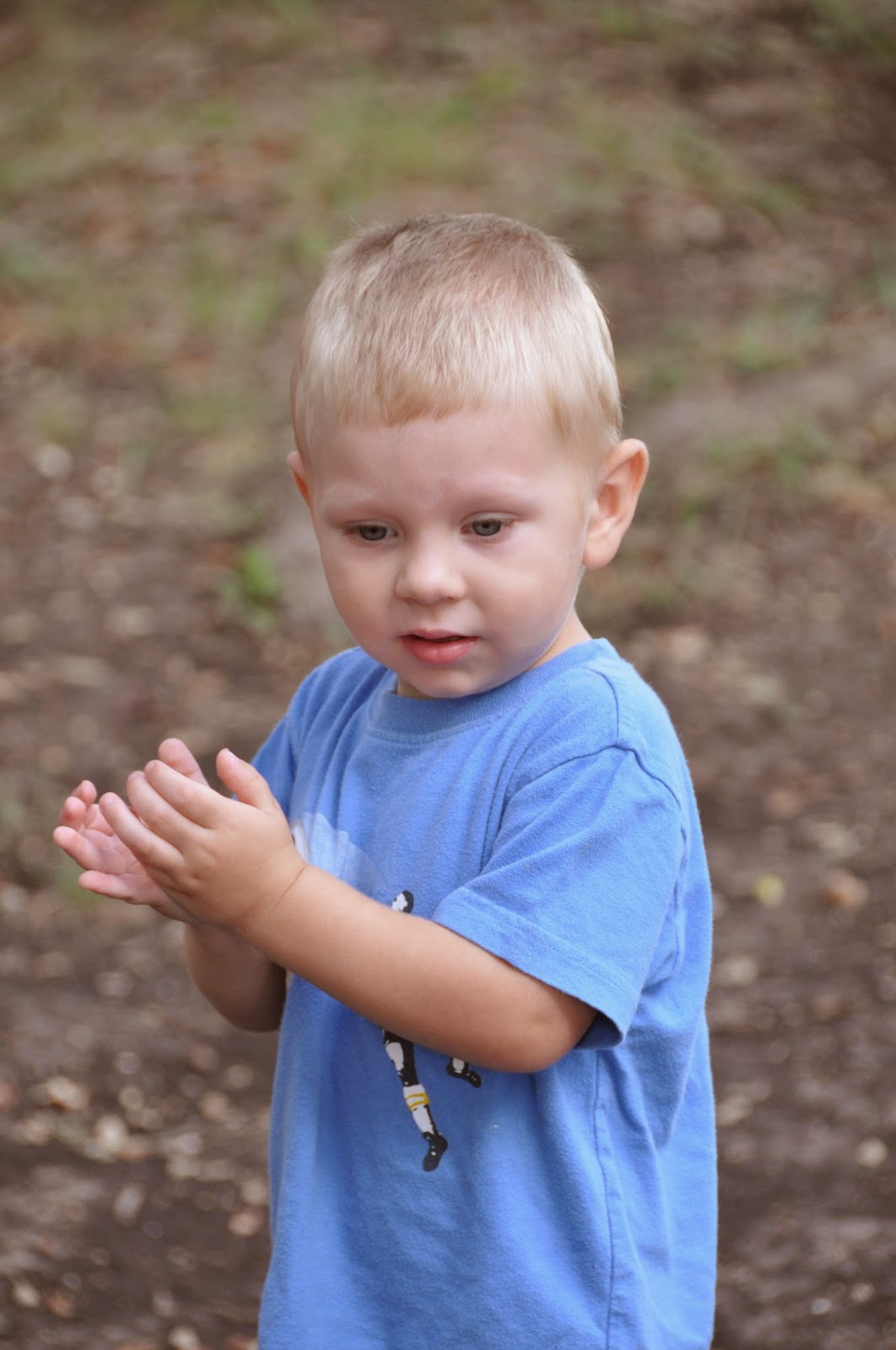 Loopy loved to bounce. The kid was ALWAYS jumping up and down.
He loved to crash into stuff. It hurt me. Why didn’t it hurt him?
He had started biting his nails. He had started chomping on toys all over again.
He piled every blanket and every stuffed animal on top of himself despite waking an hour later soaked in sweat.
STILL I was a skeptic. I felt that every kid in the world could be diagnosed with SPD.
The O.T. suggested we give Loopy very firm back rubs as well as a brushing technique called the Wilbarger Brushing Protocol. She advised strong hugs. Have him do “heavy” work. Nothing out of the ordinary, just implement it into daily life.
Huge difference! I still have a hard time believing that something so simple could have such a big impact on him. But they have. Most of his fears have been conquered. Bath time is easy. He loves being outside again. He’s not as fearful of heights.
But I haven’t been as consistent in getting him the proprioceptive input he needs, as of late. I thought he was just getting enough naturally, but maybe not.
Transitions have gotten very hard again. Whenever he wakes, he throws a fit and can’t communicate what he wants. He keeps saying “no” to everything. Things that are mutually exclusive! “I don’t want to go to the bathroom!” “I have to go to the bathroom!” “I don’t want to go to the bathroom!” And back and forth and back and forth.
It’s like he’s trying to deny reality. It’s heartbreaking to watch.
So we’re having setbacks. We’re hoping to get him reevaluated and also test him for any food allergies. I’m wondering if they could be causing congestion that is further aggravating his inner ear (vestibular) problems.
Loopy is such a blessing to our family and I love being his mom. It’s been such a refining process for me. I wanted to parent in a certain way and have certain kids. I had this image in my head.
But there’s just no room for me to cling to my selfish ways and still love him the way he needs me to.
Do you have a child with SPD? I would LOVE to read your experiences in the comments!
Want to join us on the journey? Join our Facebook Community or Follow me on Pinterest!
Follow The Four H’s Housewife’s board Sensory Processing Disorder on Pinterest.
Boasting In Weakness: Writing this post was emotionally jarring for me. I’m just gonna count it as my transparent moment. Cool with that?
Learn why I always try to boast in my weakness at the end of every post.